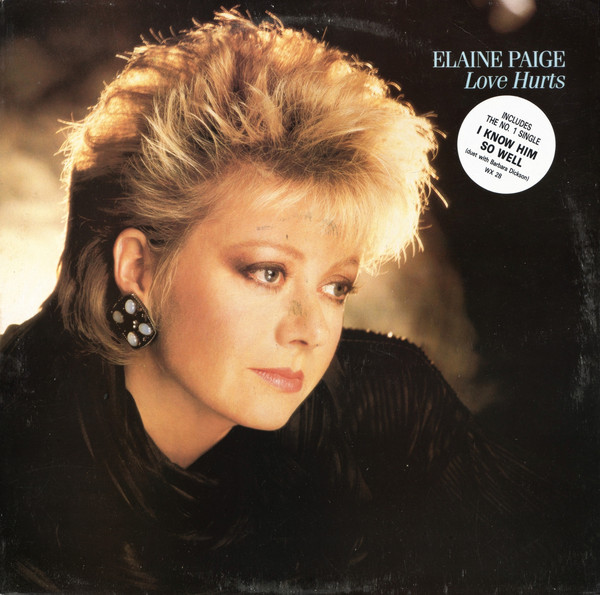 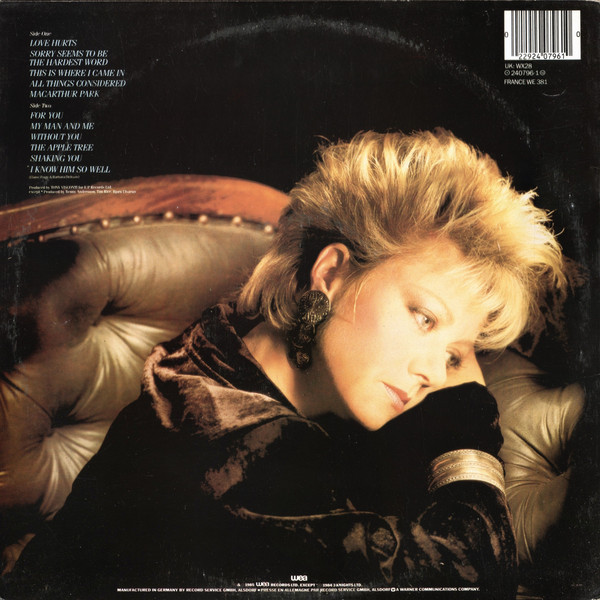 Love Hurts is the fifth solo album by English singer Elaine Paige, released in 1985, on the Warner Music label.[1] The album peaked at #8 in the UK album chart.[2] Originally released on vinyl record and cassette, the album was later released on CD.

It was the third of Paige's recordings to be produced by Tony Visconti, after Stages in 1983 and Cinema in 1984, and was recorded at his Good Earth Studios in London.

This album saw Paige return to mainstream pop and a move away from her previous two themed albums. Only one song was taken from her musical theatre career: "I Know Him So Well", which had been released as a single in 1984 reached No.1 in the UK chart.[3] It was recorded as a duet with Barbara Dickson for the Chess concept album. Paige collaborated with Tim Rice on the lyrics for "All Things Considered", which were set to a melody by Vangelis.