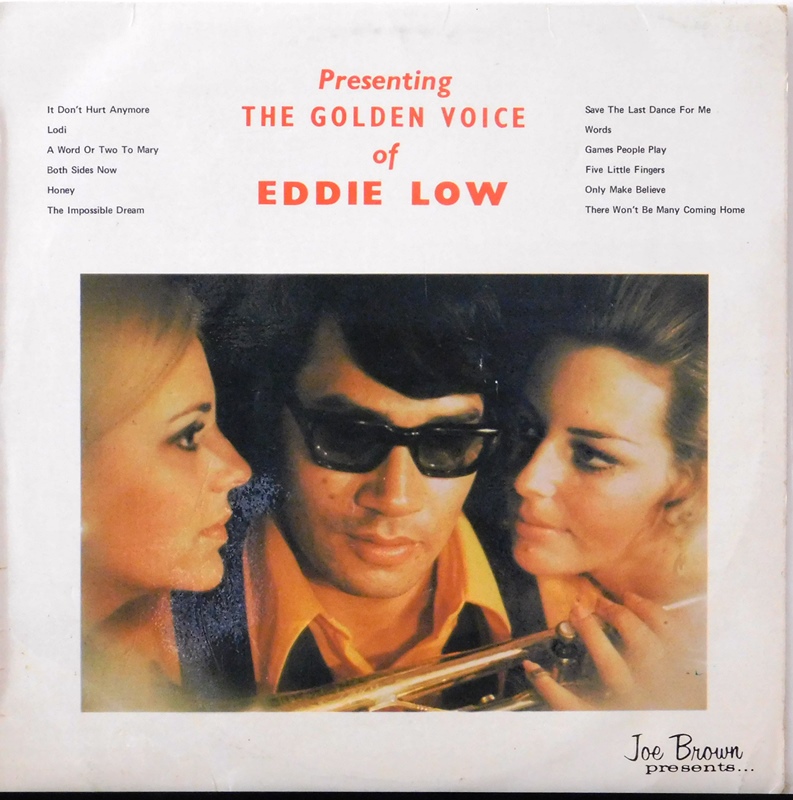 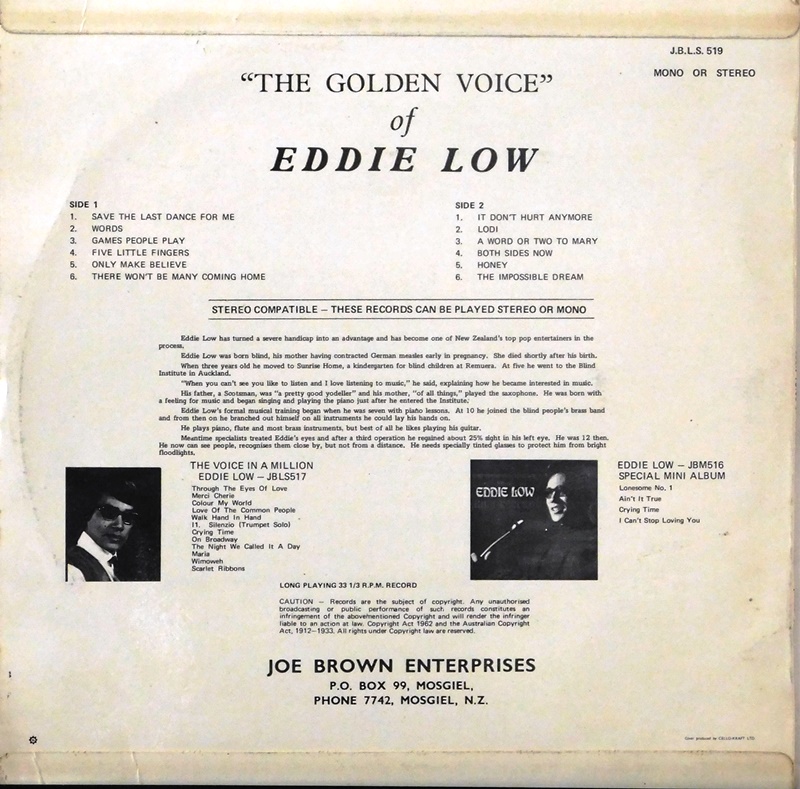 Fresh back from 40 years of touring and entertaining fans (internationally) the singer who is described by his peers as “The Voice in A Million” has returned home to the country he loves best Aotearoa.  Eddie Low the silky smooth country ballad singer born blind and spent many arduous years in the Auckland blind institute where he learnt to play numerous instruments. He left New Zealand shores with his fellow friend and entertainer John Rowles to seek fame in Sydney Australia 1n 1964 aged 21.

John and Eddie formed a duet and toured the Australian venues impersonating the “Beatles”. Both singers succeeded in joining a Maori show band and toured extensively. John went on to Great Brittan and Eddie entertained the Aussie’s. He then followed his dream to play country music internationally. Eddie has performed and toured with the biggest and best recognised singers and musicians in the world including Johnny Cash, Charlie Pride, Buck Owens, Tom T Hall, Freddie Fender, Kenny Rogers and many more. He was invited to sing at the “Grand ole Opry” on three occasions.

Eddie Low was bestowed with the NZ Order of Merit (MNZM) appointed by “Her Majesty the Queen” in 2006 for his services to music.

Eddie Low is an accomplished song writer winning the 1988 “song writer of the year. He later penned some major country big ballad songs such as “Sunday Daddy” “Even Though You’re Leaving” “Songs of Home and that special number for all the handicapped folk out there “I Am Me”.

Eddie is a natural recording artist and record sales have been steady over the years. He has toured as Roy Orbison and is likened to Tom Jones and Engelbert Humperdinck. Eddie is one of the foremost imitators of Elvis Presley. Eddie’s concerts are crowded and fans enjoy his after function friendly relaxed meet and greet with him on a one to one basis.