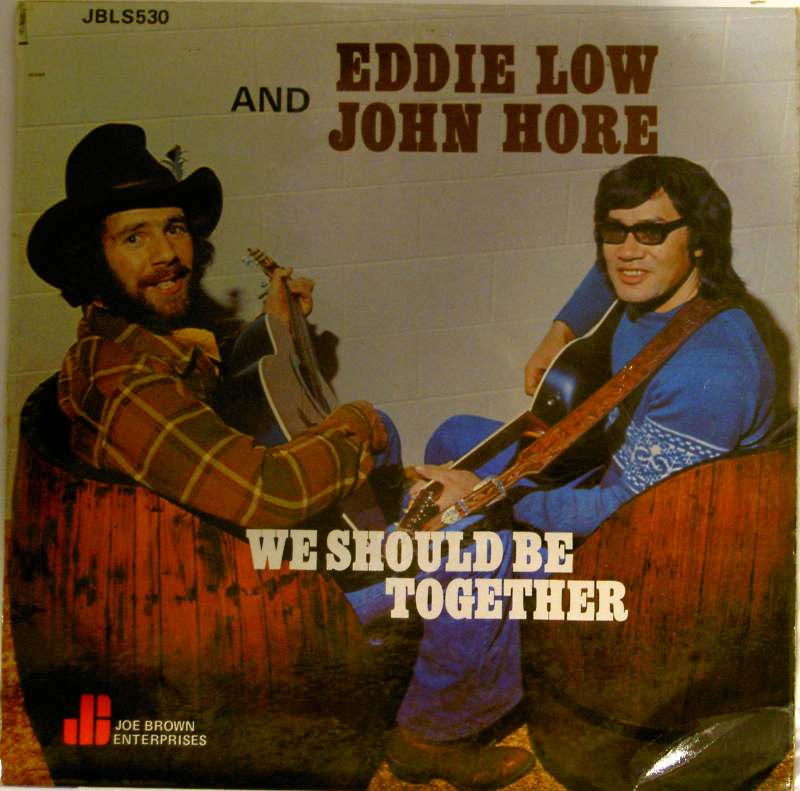 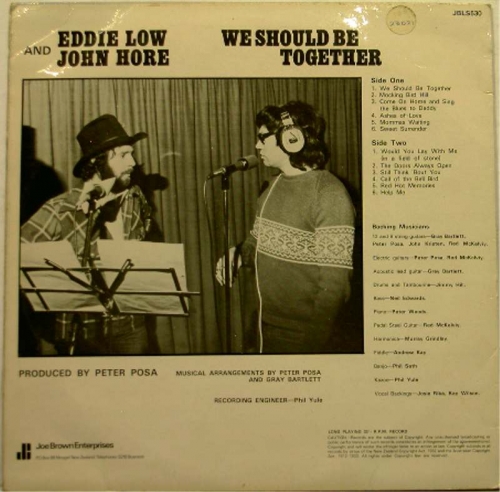 We Should Be Together

One of the outstanding attractions of Joe  Brown's Country and Western Stage Shows at the beginning of the seventies was  Maori ballad singer Eddie Low, billed as the "voice in a million". He not  only possessed vocal talents, but was master of an impressive variety of musical  instruments, including piano, trumpet, flute, most of the brass instruments,  guitar, string bass, violin and piano accordion, making him one of New Zealand's  most versatile entertainers. This is an even more creditable achievement  considering Eddie is only partially sighted.

In 1971 Eddie joined John Hore on an EP  called "Eddie Low and John Hore Live" and a year later the two of them released  an album called "We Should Be Together".