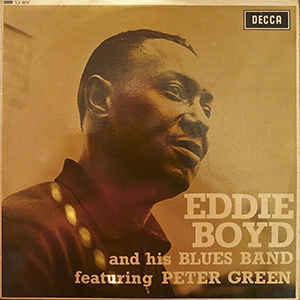 Eddie Boyd And His Blues Band

Eddie Boyd and His Blues Band: Musicians playing on this album include John Mayall, Tony McPhee, Peter Green, John McVie (Peter and John later known for their involvement with Fleetwood Mac) and Aynsley Dunbar - one of rock's most definitive drummers having played with John Mayall's Bluesbreakers, the Jeff Beck Group, Frank Zappa, and Journey before joining Jefferson Starship for three albums. The album was produced by the legendary Mike Vernon.