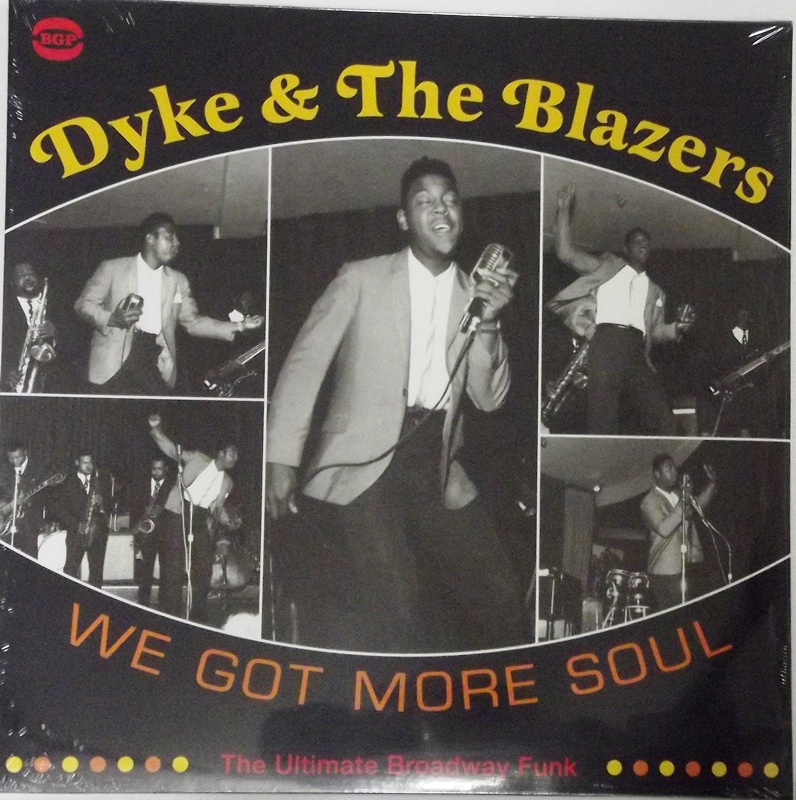 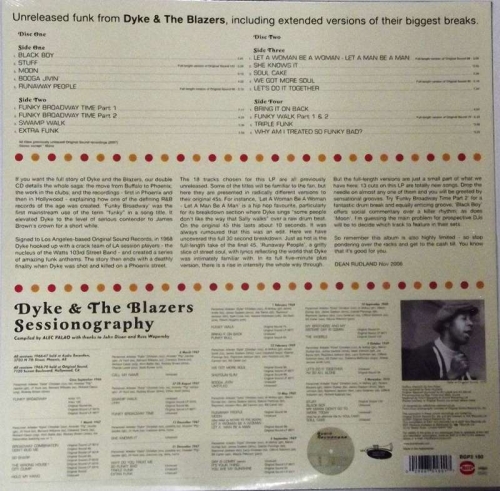 We Got More Soul (The Ultimate Broadway Funk)

Sealed brand new double album, made in the Netherlands.

Subtitled The Ultimate Broadway Funk, no one's going to beat this as the ultimate Dyke & the Blazers compilation. The two-CD, two-hour-and-20-minute set has everything they released on 45 or LP between 1967-1970, including unedited full-length versions of seven of their singles, no less than 13 previously unissued tracks, and even some radio station promos. It could be that less intense funk/Dyke fans might wish for a more succinct single-disc comp concentrating on the official singles, especially as, like many single-artist funk anthologies, the grooves get a little similar-sounding over the course of two-plus hours. Then again, if you like the group enough to get a Dyke & the Blazers collection in the first place, you might well be the type who thrives on such lengthy dwellings on the primeval funk groove. And as such grooves went, few were better (and very few artists, if any other than James Brown, did them earlier) or earthier than Dyke & the Blazers, even if it turns out that session musicians (including members of the Watts 103rd Street Rhythm Band) often played the parts of the Blazers in the studio. The anthology is conveniently divided into one disc of their 1966-1967 sessions (all held in Phoenix, where the band was based at the time) and a second of their 1968-1970 sessions (which all took place in Hollywood), though the quality remains consistent throughout. That counts the many unreleased tracks, which are generally up to the standard of what the band officially released, including some (like the ultra-kinetic -- if marred by some out-of-tune horns -- &"She Knows It," the upbeat "Let's Do It Together," and the untypical serious ballad "Why Am I Treated So Funky Bad?") that would have ranked among their more interesting efforts had they been issued at the time. Alec Palao's magnificent liner notes are the most thorough history of the band yet put to print, including a detailed sessionography.