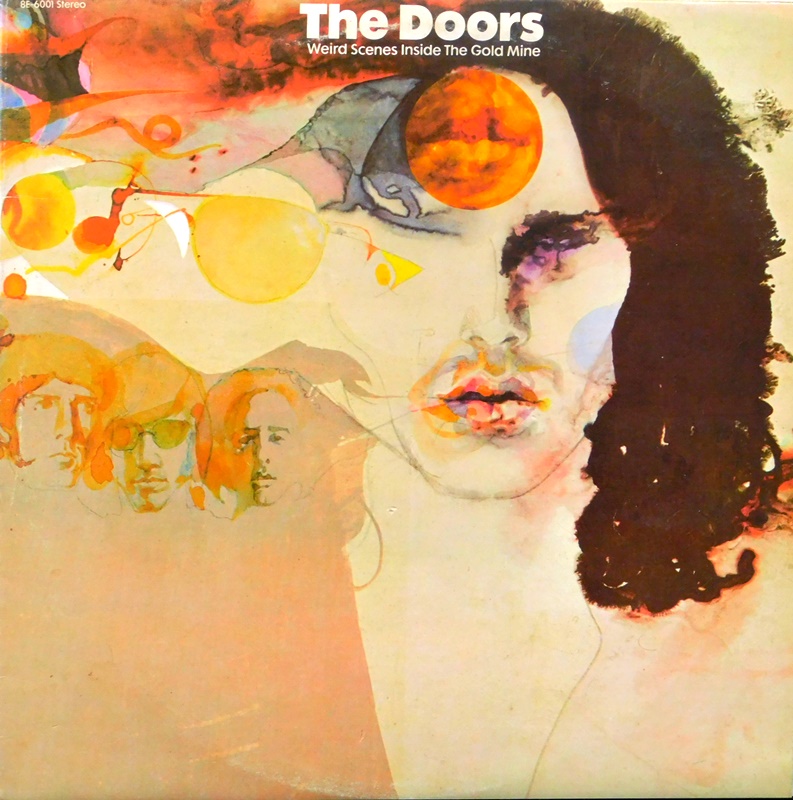 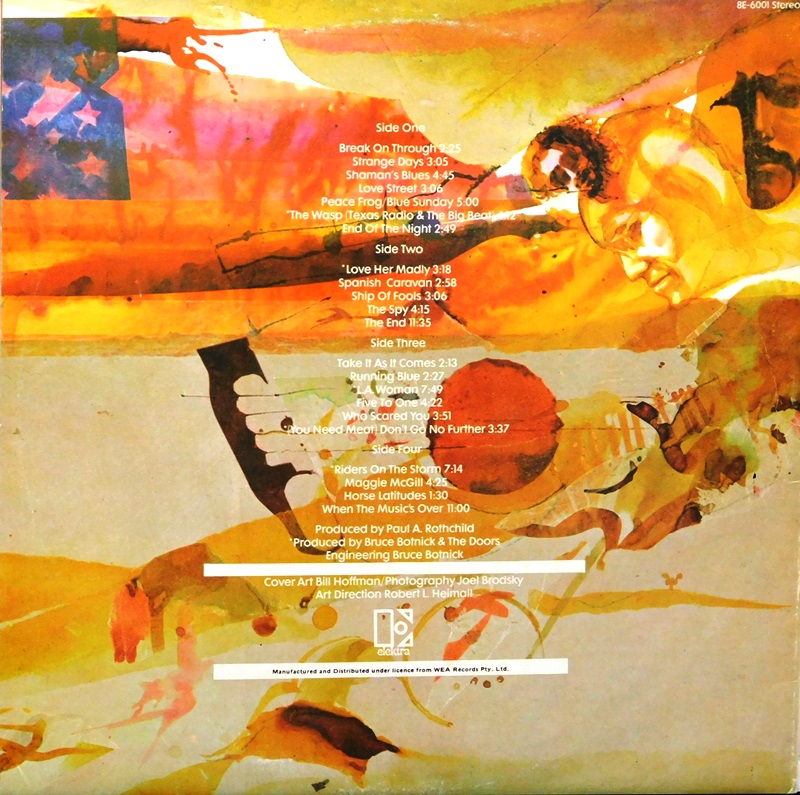 Weird Scenes Inside The Gold Mine

Weird Scenes Inside the Gold Mine is the second compilation album by American rock band The Doors (following 13) and the first following the death of singer Jim Morrison, released in January 1972.

The album's title is a lyric from the song "The End." The cover was designed by Bill Hoffman, with a gatefold jacket containing band shots by Joel Brodsky and liner notes by Bruce Harris,[2][3] national publicist for Elektra Records.

Two of the songs on the compilation, "Who Scared You" and "(You Need Meat) Don't Go No Further," were originally released as B-sides to 1969's "Wishful Sinful" and 1971's "Love Her Madly" singles, respectively. They were not available again until an edited version of "Who Scared You" appeared in The Doors: Box Set in 1997 (missing part of the last verse) and "(You Need Meat) Don't Go No Further" appeared in the 2006 Perception box set. The full length version of "Who Scared You" was also reissued on the Essential Rarities compilation in 1999 and was later included as a bonus track on the remastered release of The Soft Parade in 2006.

Weird Scenes Inside the Goldmine was certified Gold by the RIAA on September 15, 1980.[4]