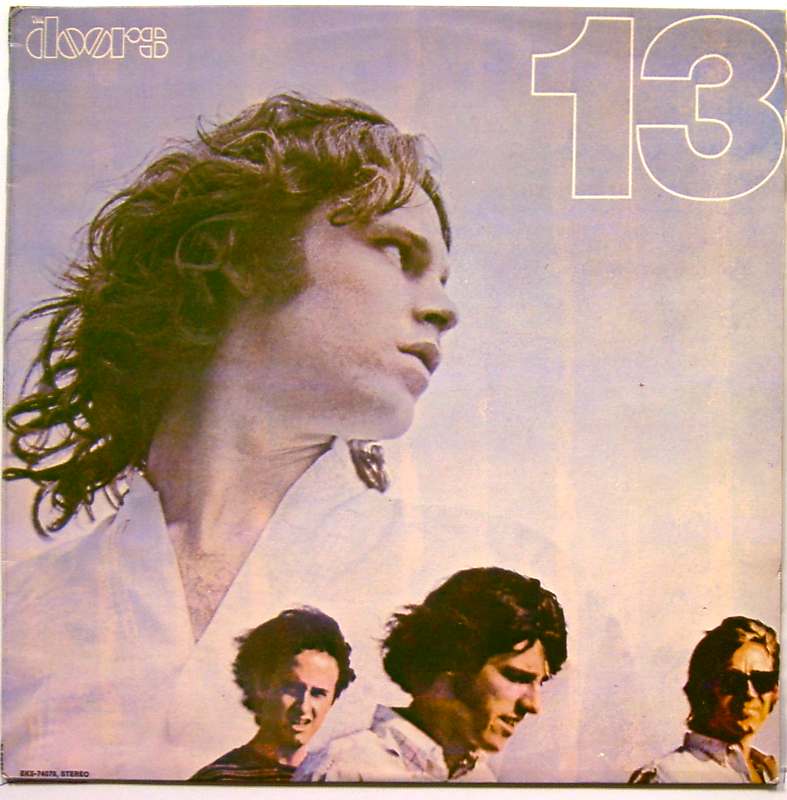 13 was the first compilation album by The Doors.[4] Released in November 1970, it debuted at Number 75 on December 19, 1970, peaked at Number 25 for two weeks (January 2 and January 9, 1971) and was off the charts after May 8. It spent a total of 21 weeks on the charts. The album has never been issued on CD because, while it was the only compilation released before lead singer Morrison's death, it does not include songs from L.A. Woman, released in 1971.

The album's back cover features the band posing with a small bust of occultist Aleister Crowley.