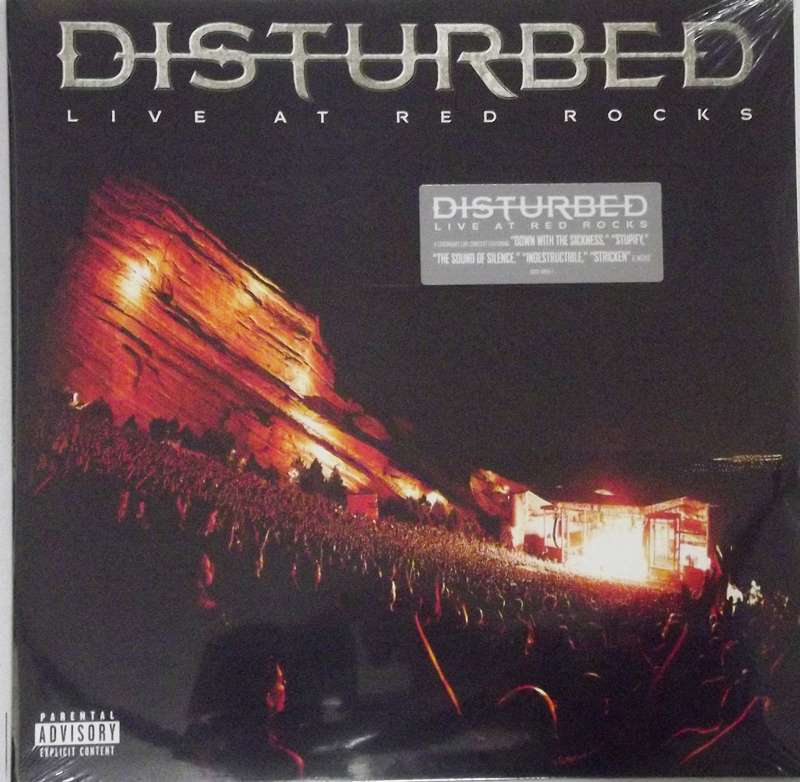 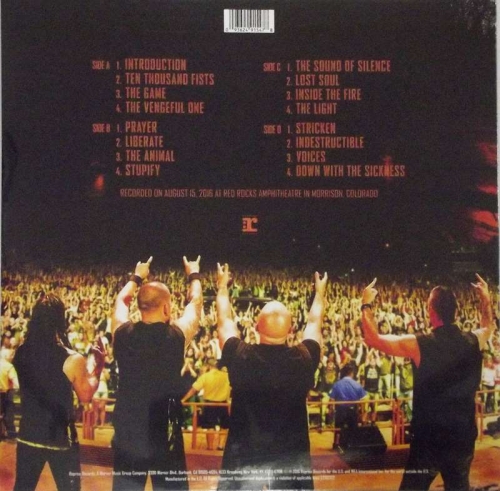 Disturbed have been one of the hardest touring bands of 2016 and that will soon pay off with a new live album. The band hit record during their performance at Colorado’s legendary Red Rocks Amphitheatre back in August, and the end result is the upcoming Live at Red Rocks disc.

Over the past year, Disturbed have re-established themselves as one of hard rock and metal’s top live acts, having knocked off the rust from a lengthy hiatus and bringing their show to as many markets as possible. During their performance at Red Rocks, the band rolled through 16 songs that will make the final cut for the disc, blending songs from their Immortalized album like “The Vengeful One,” “The Light” and the cover of Simon & Garfunkel’s “The Sound of Silence” with their classic hits like “Ten Thousand Fists,” “Stupify,” “Stricken,” “Indestructible” and “Down with the Sickness.” See the full track listing below.

Live at Red Rocks is available for pre-order at all digital service providers and those who pre-order will receive an instant download of “The Light.” Get in on the iTunes pre-order here.

Disturbed returned to the stage in 2015 with a hometown show in Chicago to celebrate the release of Immortalized, then ramped up their performances with a full tour schedule in 2016.

Arriving just one year after the release of 2015's post-hiatus comeback LP, the gold-selling Immortalized, the Windy City metal veterans storm the stage with a concert album recorded at Colorado's legendary Red Rocks amphitheater. The aptly named Live at Red Rocks is technically the band's third live release, but first proper one, as 2004's Music as a Weapon II also included material from then tour mates Taproot, Chevelle, and Unloco, and 2008's Live & Indestructible was an iTunes- and Hot Topic-exclusive EP. It should come as little surprise that the 16-track set leans heavier on fan favorites than it does new material -- Immortalized's crossover hit rendering of Simon & Garfunkel's "Sound of Silence," however, arrives to huge cheers. "The Light" and "The Vengeful One," also appearing on Immortalized, arrive with some real firepower behind them, but the band knows what their fans want, and they deliver the goods via career highlights/crowd pleasers like "Stupefy," "Ten Thousand Fists," "Stricken," "Indestructible," and the fist-pumping closer "Down with the Sickness."