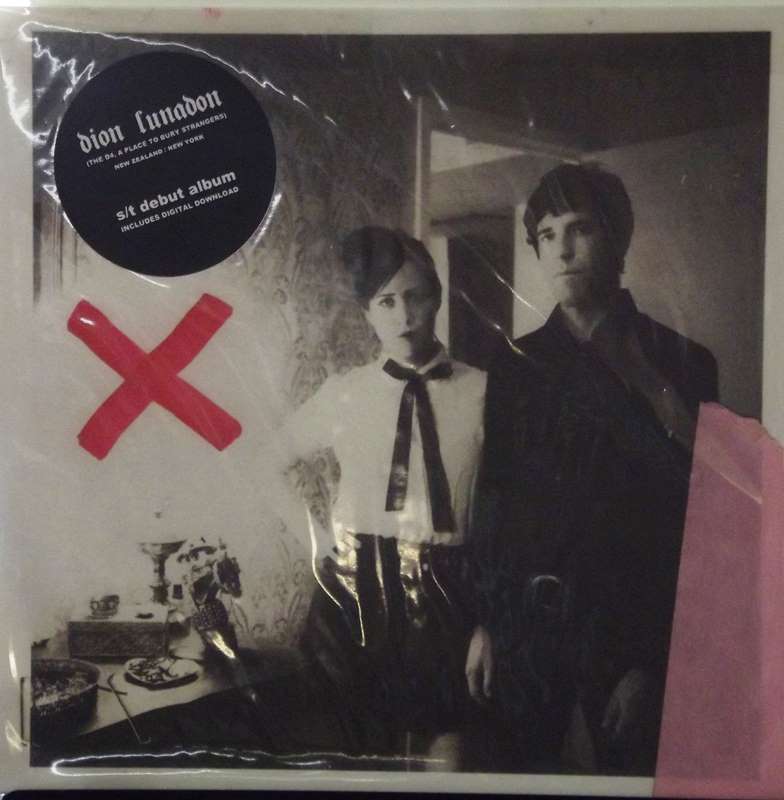 Dion Lunadon, as he's been known since around the time he moved to America from his native New Zealand circa 2009, has been making raucous, energetic rock & roll since the early '90s. His best-known groups have been garage rock revivalists the D4, who released two albums on legendary New Zealand label Flying Nun Records during the 2000s, and New York-based wall-of-noise rockers A Place to Bury Strangers, whom he joined in 2010. While still active as a member of that band, he recorded his self-titled solo debut, which saw release in 2017 courtesy of Agitated Records. The brief, startling album seems to combine his primal rock impulses with his artier inclinations. There's no shortage of short, hard-hitting garage punk ragers, nor is there a lack of paint-peeling guitar noise. All of the album's 11 tracks sound different. There's speedy, blistering Stooges-on-meth swagger like the opening "Insurance, Rent and Taxes." There's more melodic garage pop anthems such as "Com/Broke," which sounds like JEFF the Brotherhood and was fittingly released as a 7" by that group's Infinity Cat label in 2016. "Reduction Agent" is a fun garage stomp with mounds of trippy psychedelic echo and a vocal cadence loosely informed by hip-hop. "Hanging by a Thread" has a simmering motorik rhythm, and while it isn't as fast and frantic as some of the other songs, it's at least as tense and desperate. "Move" starts out as a disorienting piece of industrial sludge before kicking into a fast, furious garage stormer. "Ripper" is a 90-second psychobilly freakout, complete with a blazing harmonica solo. "White Fence" is a straightforward, crunchy garage rock burst, and it's hard to tell if it has anything to do with the band of the same name. The album ends with "No Control," which starts out smooth and spare with a slow, steady kick drum and airy bass guitar pulse, and eventually a bit of twangy surf guitar, but it keeps piling on layers of catastrophic guitar noise, as Lunadon repeats the song's title through brain-scrambling distortion. Dion Lunadon is a fiery, arresting album that flies in several directions at once, but has clearly erupted from the same wild source. The album seems far more spontaneous than Lunadon's other bands, and his urge for creative freedom has proven to be rewarding.