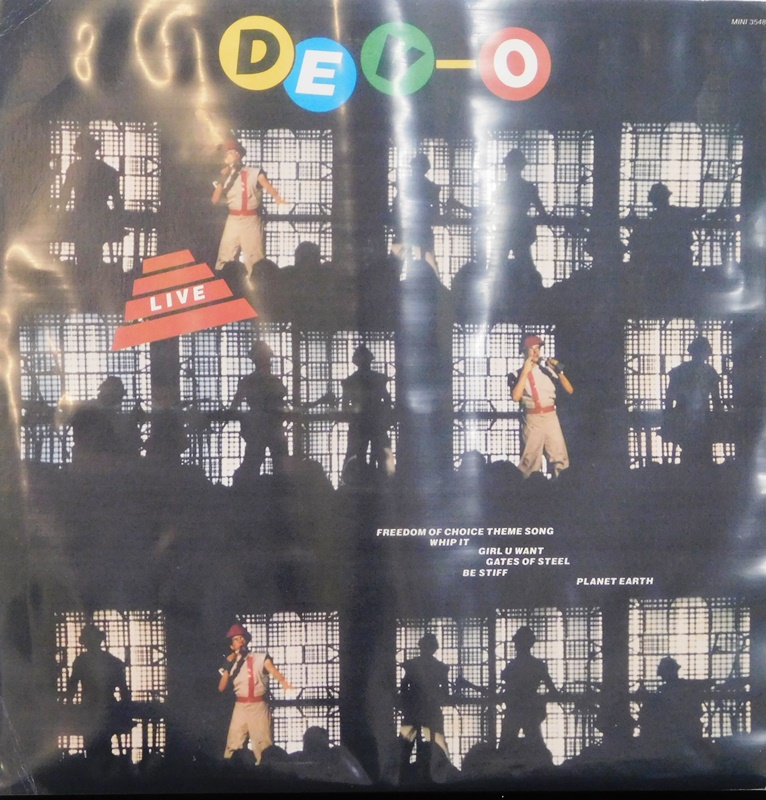 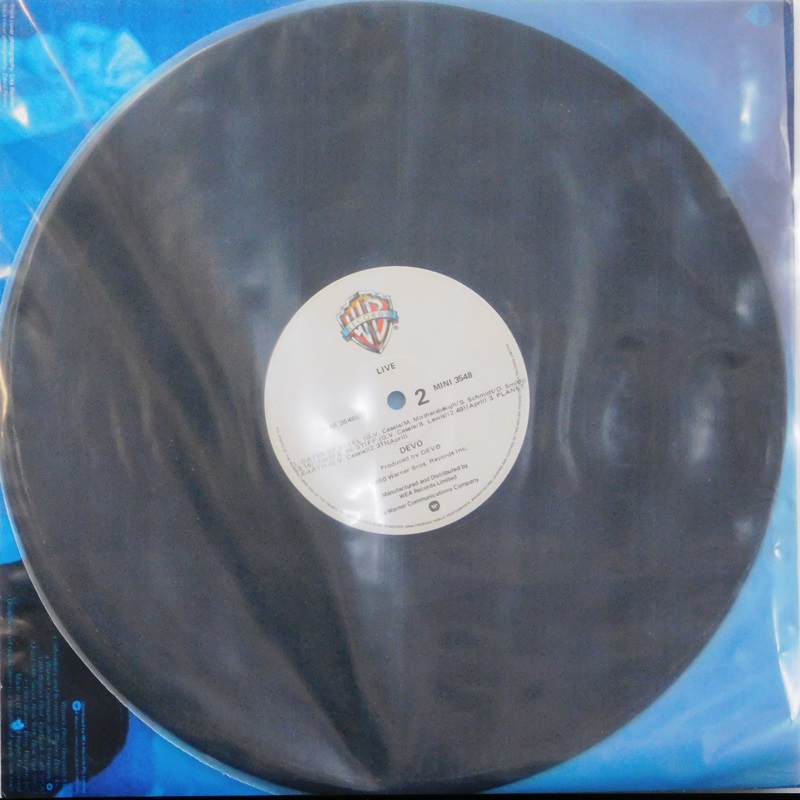 Smart vinyl, this is First issue which came in clear plastic sleeve with cardboard flat.

DEV-O Live is a live EP (and later live album) by American new wave band Devo. It was recorded during the Freedom of Choice tour of 1980, at the Fox Warfield Theatre. Initially only six songs from the show were released on an EP in 1981, intended for airplay use (largely for the King Biscuit Flower Hour). It featured the otherwise-unreleased "Freedom of Choice Theme Song" and a reworked version of "Be Stiff".

Devo were given consistent radio support by Sydney-based noncommercial rock station 2JJ, one of the first rock stations outside America to play their recordings. This paid off, as in August 1981, they found commercial success in Australia when the EP spent 3 weeks at the top of the Australian singles charts.[3]  Later in the year, they travelled to Australia and appeared on TV show Countdown.