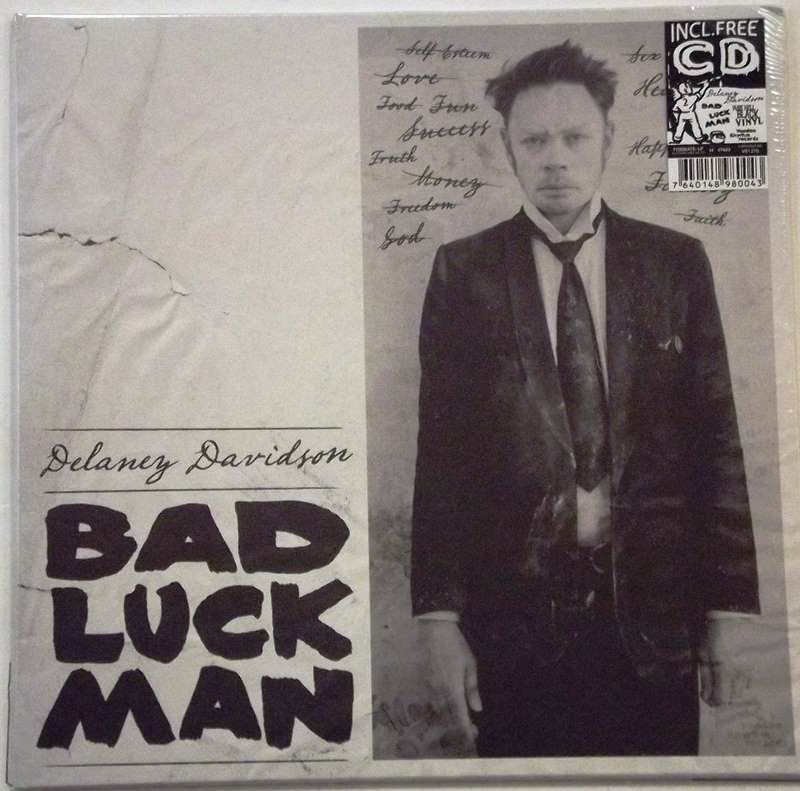 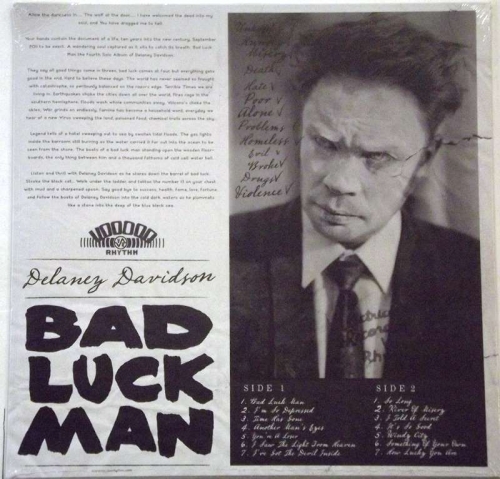 I had no idea who Delaney Davidson was. When I stumbled on the video below I was instantly destined to seek out more. It wasn’t the enigmatic noir footage that grabbed, but the raw, rustic music with the obscure but emotionally wrenching undercurrent. I had no idea who Delaney Davidson was. Turns out the New Zealander had 4 releases out already – at the time, the 4th not yet available in the US. Turns out he played with Swiss band The Dead Brothers who have been a rotation staple for years. Turns out his latest is released by a long-time favourite label, Switzerland’s rocking and irreverent Voodoo Rhythm, home to pulpy garage, dirty blues, and warped country. I immediately sent in my order in for a disk… and in the interim sated myself with his previous album, 2010′s “Self Decapitation” – a magnificent melange of off-kilter, booze sweat-stained, vaudevillian blues.       Davidson’s newest, “Bad Luck Man,” came out in the US at the end of September. Overall it’s less bluesy and more country, channelling a surrealistic, hobo-haunted, dust-bowl-saloon yesteryear. The air of misery permeating “Bad Luck Man” was not uninfluenced by the earthquakes in his hometown, Christchurch, and two of these songs, “How Lucky You Are” and “It’s So Good,” were originally slated for a disaster benefit album.       The music clomps, stomps, creaks, and wheezes, traversing a swath from lonely plains to 50′s biker barrooms, and as guide, Davidson is the vagabond spawn of Waits and Cave. A cover of Jay Abner’s “I’m So Depressed” is transformed into a country-slanted blues “pop” song. Davidson veers from the sad country put down of “You’re A Loser” to the traditional gospel “I Saw The Light From Heaven” into the tribal pounding of “I’ve Got The Devil Inside,” penned by Voodoo Rhythm’s head honcho, Reverend Beat-Man. After plundering Bo Diddley on the scorching “Windy City,” Davidson wraps up as hopefully as his forlorn, ramshackle world permits: “Every man needs a gun and every man needs a bride, You gotta have something of your own inside.”