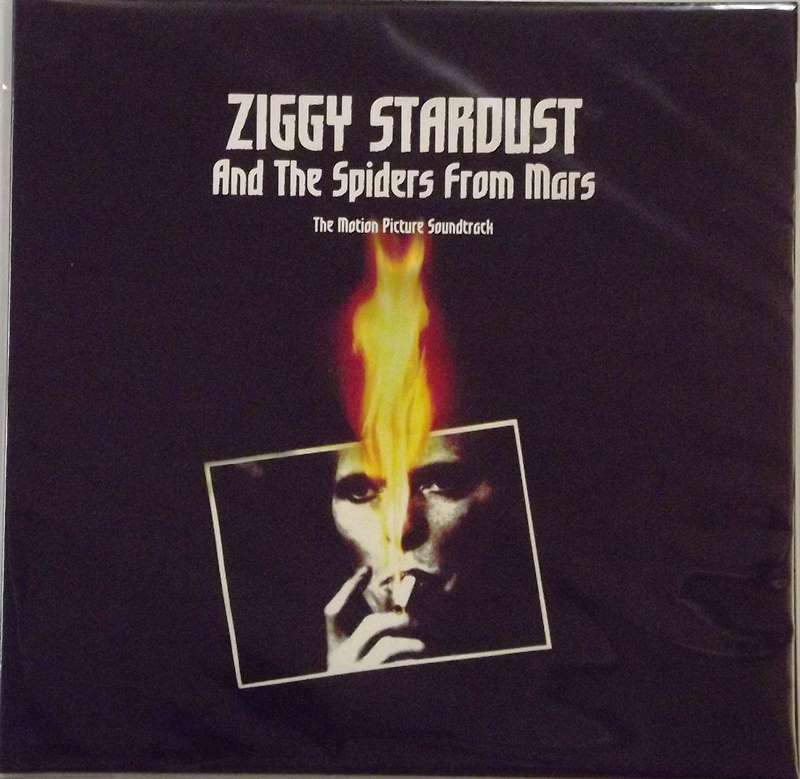 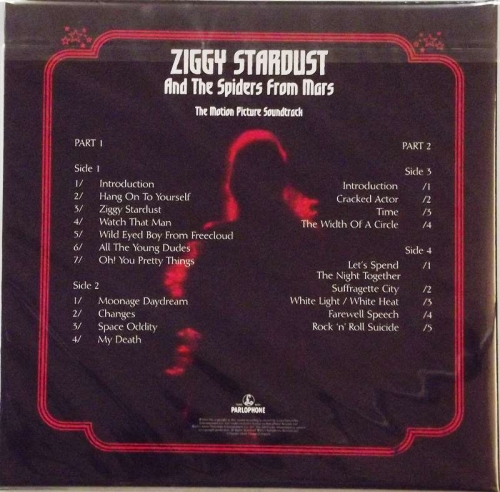 Ziggy Stardust: The Motion Picture is a live album by David Bowie, corresponding to the film of the same name. The music was recorded at the Hammersmith Odeon in London on 3 July 1973 (1973-07-03), although the album was not issued by RCA Records until 1983. Prior to that it had existed in bootleg form, notably His Masters Voice – Bowie and the Spiders From Mars' Last Stand.[5]

The album documents the final show which Bowie performed in his Ziggy Stardust persona. Just before the final track, he announces, "Not only is it the last show of the tour, but it's the last show that we'll ever do. Thank you." Many in the audience believed that Bowie himself was retiring.[6]