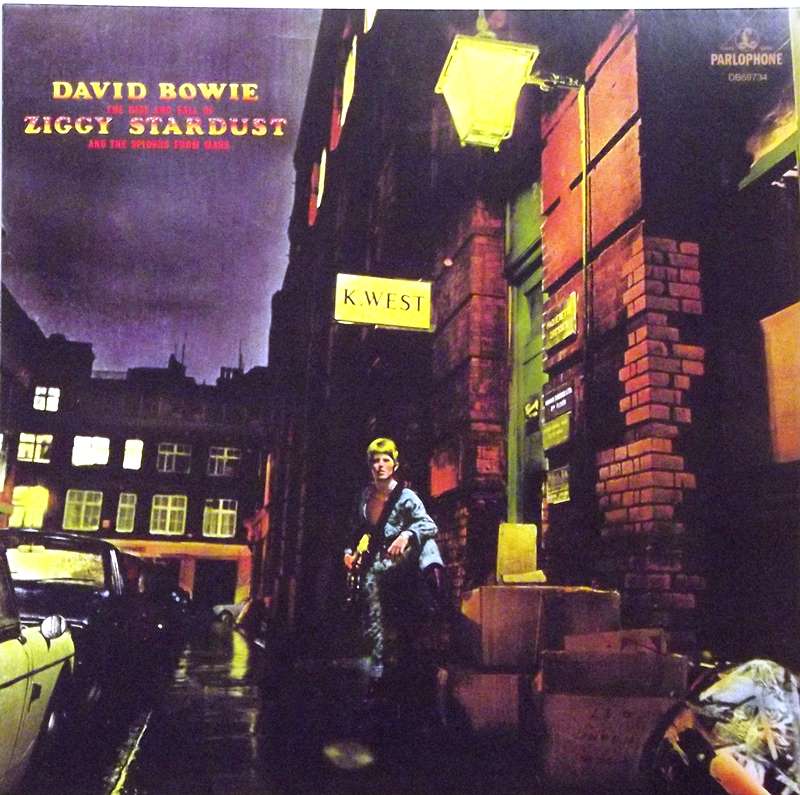 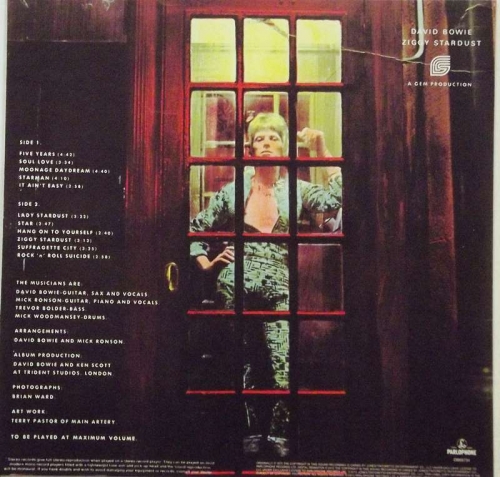 The Rise and Fall of Ziggy Stardust and the Spiders from Mars (often shortened to Ziggy Stardust) is the fifth studio album by English musician David Bowie. It is a concept album telling the story of a fictional rock star named Ziggy Stardust.[3]

The album tells the story of Bowie's alter ego Ziggy Stardust, a rock star who acts as a messenger for extraterrestrial beings. Bowie created Ziggy Stardust while in New York City promoting Hunky Dory and performed as him on a tour of the United Kingdom, Japan and North America.[6] The album, and the character of Ziggy Stardust, was known for its glam rock influences and themes of sexual exploration and social commentary. These factors, coupled with the ambiguity surrounding Bowie's sexuality and fuelled by a ground-breaking performance of "Starman" on Top of the Pops,[7] led to the album being met with controversy and since hailed as a seminal work.[8]

The Rise and Fall of Ziggy Stardust... is about a bisexual alien rock superstar; the concept album sheds a light on the artificiality of rock music in general, discussing issues of politics, drug use, and sexual orientation.[9]

The Rise and Fall of Ziggy Stardust and the Spiders From Mars has been consistently considered one of the greatest albums of all time, with Rolling Stone magazine ranking it the 35th greatest ever.[10] It was ranked the 20th greatest album ever in a 1997 British survey, the 24th greatest of all time by Q magazine and one of the 100 greatest releases ever by Time magazine. A concert film of the same name, directed by D.A. Pennebaker, was released in 1973.