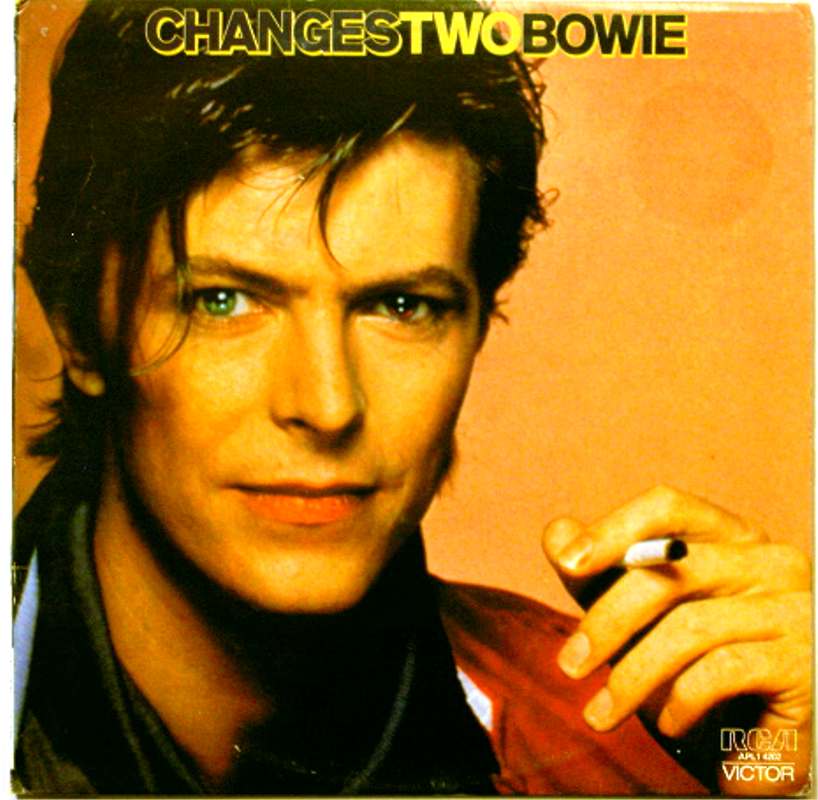 Changestwobowie  is a David Bowie compilation album issued in November 1981 by RCA Records.[4] Its title and packaging followed the format of RCA's earlier Bowie compilation, Changesonebowie released in 1976. As well as selected post-1976 singles, the album collected five songs from earlier in Bowie's career that had not appeared on Changesonebowie, including "Wild Is the Wind" from Station to Station, which was released as a single to promote the album, along with a newly filmed video for the track.[5]  However, the album did not repeat the chart success of the earlier compilation, reaching No. 24[6] on the UK Album Chart and No. 68 in the United States.

The album was briefly available on CD from 1985 but was soon deleted, along with most of his other RCA albums, owing to a conflict between Bowie and the label. The album was not reissued when Rykodisc obtained the rights to re-release the Bowie catalog in 1990, opting to merge the two compilations into one instead.

Changestwobowie was rereleased in its original form by Rhino, on vinyl, CD, and digital/streaming formats, on 13 April 2018.[7]