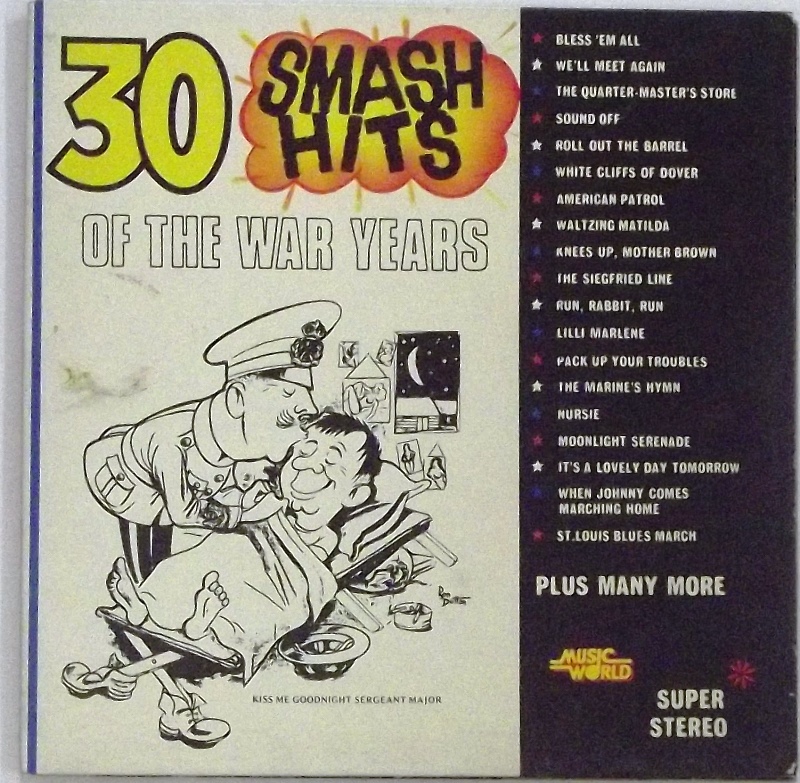 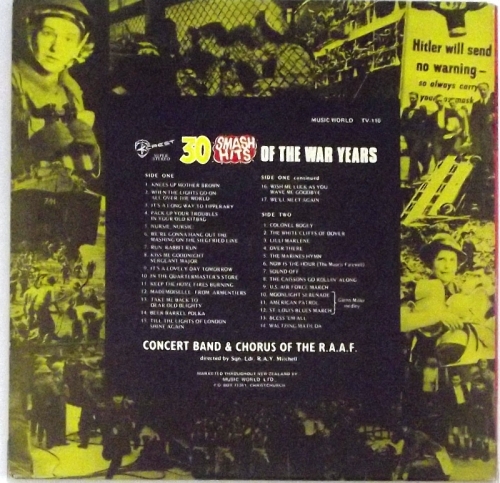 30 Smash Hits Of The War

A nice clean package both vinyl and gatefold cover in great shape.

This is one of the finest recordings ever from the Royal Australian Airforce, 30 Smash hits of the war years is a great album . It has some of the best renditions of World War II songs, "waltzing matilda" I think one of the best very played by a military band. Its a great album and I think the only one ever produced by the RAAF.

A1 - Knees Up Mother Brown
A2 - When the Lights Go On All Over the World
A3 - It's a Long Way to Tipperary
A4 - Pack Up Your Troubles in Your Old Kit Bag
A5 - Nursie! Nursie!
A6 - We're Gonna Hang Out the Washing on the Siegfried Line
A7 - Run, Rabbit, Run
A8 - Kiss Me Goodnight Sergeant-Major
A9 - It's a Lovely Day Tomorrow
A10 - In the Quartermaster's Store
A11 - Keep the Home Fires Burning
A12 - Mademoiselle from Armentiers
A13 - Take Me Back to Dear Old Blighty
A14 - Beer Barrel Polka
A15 - Till the Lights of London Shine Again
A16 - Wish Me Luck as You Wave Me Goodbye
A17 - We'll Meet Again