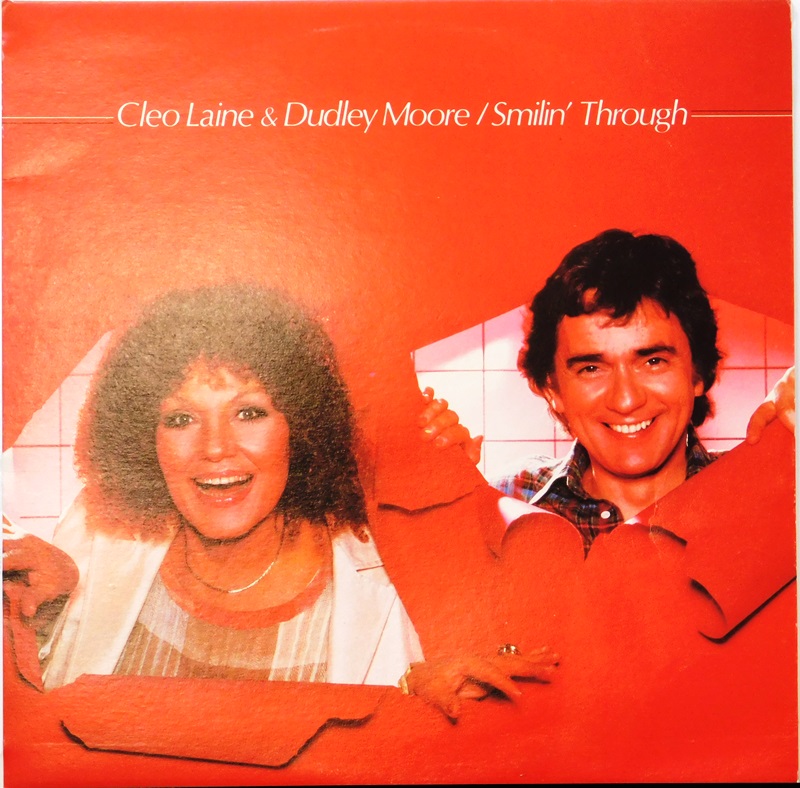 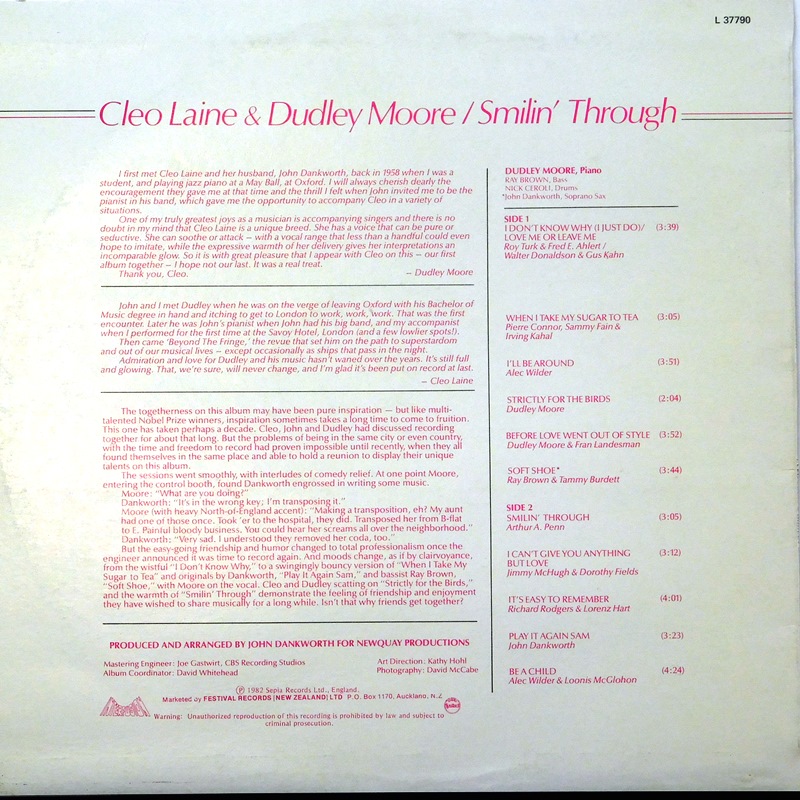 This album is the result of two giant entertainers from the British Isles getting together in London in 1982 for a session of ballads and traditional pop. Dudley Moore was more famous, at least in the United States, for his comedic roles in a number of films. But he was a pianist and composer of no mean skills. Cleo Laine had been a singing talent of the first order since the 1950s and often performed and recorded with husband and sax player John Dankworth. Dankworth is present on one cut on this album. While Moore dashes off some nice solo work on such cuts as "When I Take My Sugar to Tea" and an Erroll Garner-like "I Can't Give You Anything but Love," it's Laine's wide-ranged, full-throated, expressive, and clear-as-a-mountain-lake voice that dominates the session. She sets the table for "I Don't Know Why I Just Do," recalling a few lines from "Love Me or Leave Me," and squeezes every ounce of feeling from "I'll Be Around." Then there's a fun, hip, overdubbed, scatting 1960 girl-singer rendition of "Before Love Went out of Style." The album's highlight track is a bluesy "Soft Shoe," where Dankworth chips in with his soprano sax and Laine and Moore engage in congenial patter. Moore's fellow rhythm section players are the inestimable Ray Brown and Nick Ceroli, which is the icing on a tasty musical cake that this album serves up.