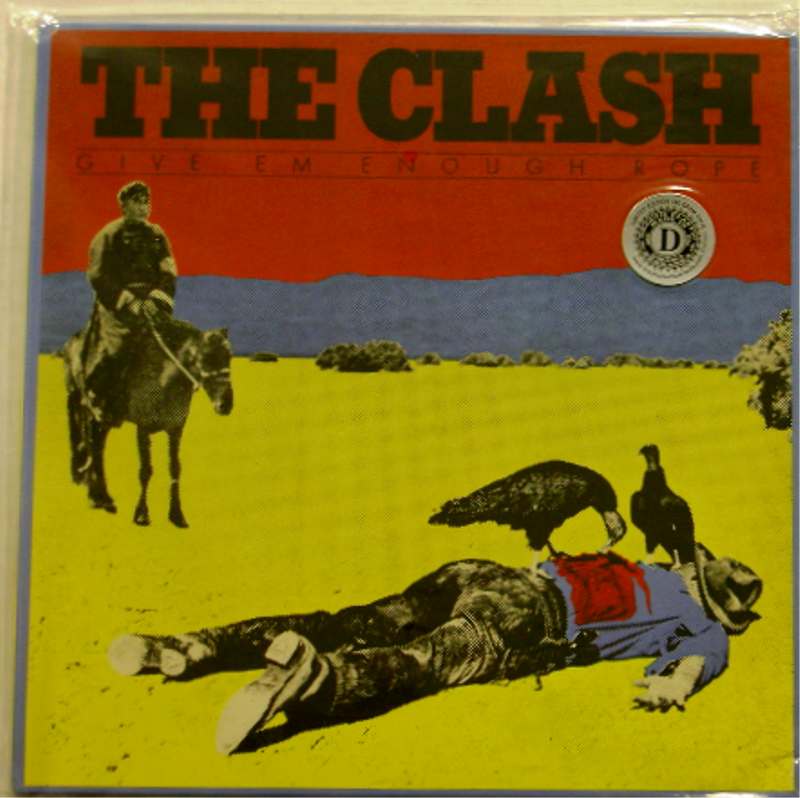 Give 'Em Enough Rope is the second studio album by the English punk rock band the Clash. It was released on 10 November 1978 through CBS Records. It was their first album released in the United States, preceding the U.S. version of the self-titled album. The album was well received by critics and fans, peaking at number two in the United Kingdom Albums Chart,[1][2] and number 128 in the Billboard 200.[3][4]

The album marked the first album appearance of drummer Topper Headon, who joined the band shortly after recording their first album.  Most of the tracks, as with the prior album, were written by guitarists Joe Strummer and Mick Jones, with the exception of "English Civil War" (a reworking of the traditional American folk song "When Johnny Comes Marching Home") and "Guns on the Roof", which is credited to all four band members, being Headon, Jones, Strummer, and bassist Paul Simonon.