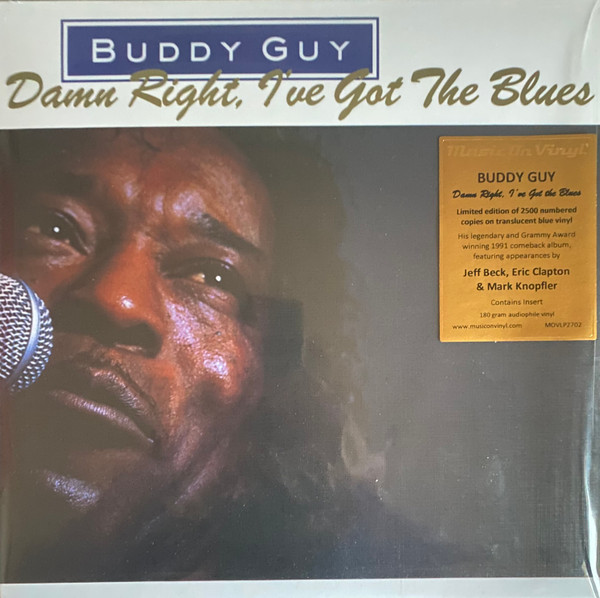 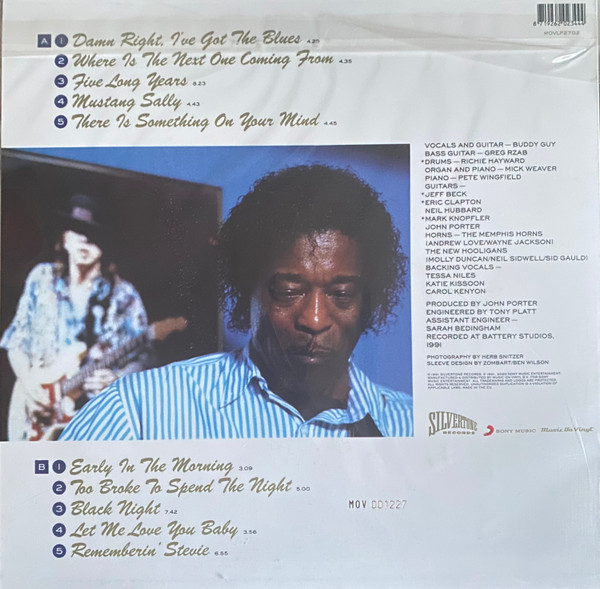 Very few artists have attempted, or succeeded, in improving the standard template for classic blues records set some 50 years ago in the golden age of Muddy Waters and Howlin’ Wolf. Buddy Guy had a major influence on the development of the blues in recent decades. Damn Right, I’ve Got the Blues is the Grammy Award-winning album, originally released in 1991, that earned him a memorable comeback after 10 years of limited recording. The album features guest performances by Eric Clapton, Jeff Beck and Mark Knopfler. Some of the tracks are still one of Buddy’s most popular songs to date – the title track Damn Right, I’ve Got The Blues and Mustang Sally which features Jeff Beck.Tracklist

A1. Damn Right, I’ve Got the Blues
A2. Where Is the Next One Coming From (feat. Mark Knopfler)
A3. Five Long Years
A4. Mustang Sally (feat. Jeff Beck)
A5. There Is Something on Your Mind
B1. Early in the Morning (feat. Jeff Beck & Eric Clapton)
B2. Too Broke to Spend the Night
B3. Black Night
B4. Let Me Love You Baby
B5. Rememberin’ Stevie