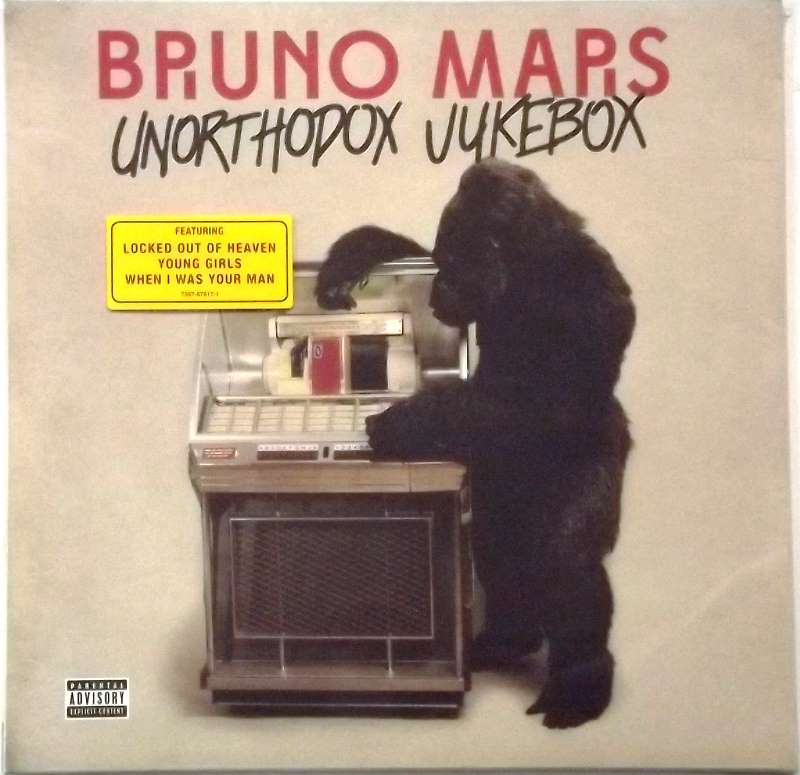 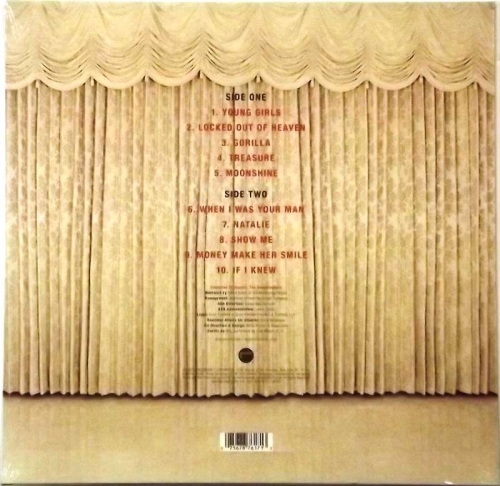 Sealed brand new repressed album. Made in the EU.

Unorthodox Jukebox is the second studio album by American singer and songwriter Bruno Mars. It was released on December 7, 2012, by Atlantic Records. It serves as the follow-up to Mars' debut record Doo-Wops & Hooligans (2010). The album was initially planned to be more "energetic" than his previous work, but, it ended presenting a wide range of styles such as reggae rock, disco and soul music. The singer co-wrote the whole record and worked with several past collaborators, while enlisting new producers and no guest vocalists. Lyrically, Unorthodox Jukebox revolves around the theme of relationships, incorporating more explicit lyrics and subjects than his previous material. Critical response to Unorthodox Jukebox was generally favorable; many reviewers compared Mars' work to that of his previous album, while others deemed the lyrical content as shallow and lacking of depth.

On December 4, 2012, the album was made available to listen to in its entirety for a week before its release.[3] The album debuted at number 2 on the US Billboard 200, with first week sales of 192,000 copies, becoming Mars' best opening week to date. Unorthodox Jukebox later topped the chart, marking the singer's first album to do so. The record further peaked at number one in Australia, Canada, Switzerland, and the United Kingdom. Unorthodox Jukebox became Mars' fastest-selling album in the latter country and its third in 2012,[4] the third best-selling album in Australia in 2013,[5] and the fifth in the United States in 2013.[6] The International Federation of the Phonographic Industry (IFPI) reported that Unorthodox Jukebox was globally the fourth best-selling record in 2013, with 3.2 million copies, and 6 million units as of January 2015. The record won the Grammy Award for Best Pop Vocal Album at the 56th Annual Grammy Awards.

The premiere of the album was preceded by the release of its lead single, "Locked Out of Heaven", which experienced commercial acclaim worldwide and topped the US Billboard Hot 100 chart for six consecutive weeks. Meanwhile, promotional singles "Young Girls", "Moonshine" and "When I Was Your Man" were released in November and December 2012. Subsequently, four other singles ("When I Was Your Man", "Treasure", "Gorilla" and "Young Girls") were made available for consumption, with each one of them having major to minor success in the United States. Unorthodox Jukebox was further promoted through the Moonshine Jungle Tour.