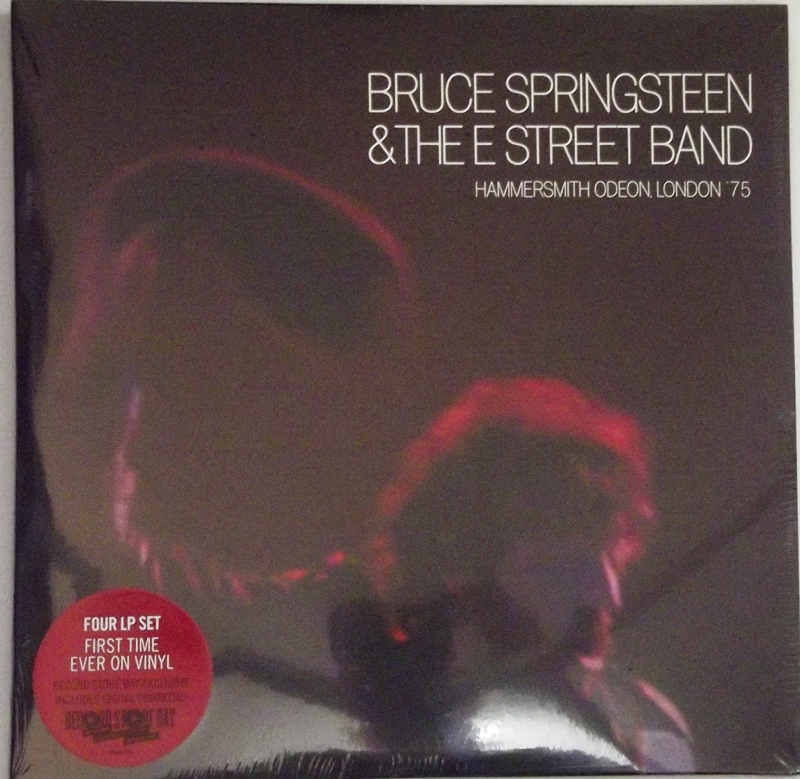 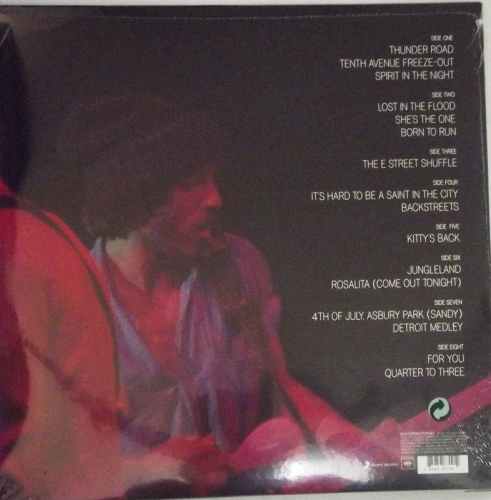 Hammersmith Odeon, London '75 is both a concert video and the fourth live album by Bruce Springsteen & The E Street Band, released in 2006. It is a full-length recording of their performance on 18 November 1975 at the Hammersmith Odeon in London, during their Born to Run tours. It was first released as a DVD on November 14, 2005 as part of the Born to Run 30th Anniversary Edition package, and then several months later on February 28, 2006 released as an audio CD.

The concert was part of Columbia Records' push to promote Springsteen in the UK and Europe following the success of the Born to Run album in the US. The large amount of publicity accompanying these appearances, especially the one in London, famously caused Springsteen to react badly and furiously run about pulling down promotional posters proclaiming "Finally London is ready for Bruce Springsteen & The E Street Band."[1]

This performance marked the European concert debut of Springsteen and the E Street Band, kicking off a four-date mini-tour which also featured shows in Stockholm, Sweden and Amsterdam, Holland, as well as a second concert at the Hammersmith Odeon on November 24 that was added due to the huge ticket demand for the first London gig.

In the liner notes, Springsteen himself writes that after the show had been recorded, "I'd paid no attention to it. I never looked at it ... for 30 years." In his autobiography, Born to Run, he reveals that during and after the concert he experienced an angst-ridden sense of doubt as to performing in general, and his performance that evening in particular. However, in the same book, he recognises that "whatever happened, that first night at the Hammersmith Odeon became one of our 'legendary' performances", despite calling the return gig on the 24 November at the end of the European tour "a blaze of a show" by comparison.

After The Rising Tour, Springsteen had an inkling to dig into film of the early part of his career, the vast majority of which remained "a blank spot," with little or nothing ever released. He found the film and the 24-track audio recordings. The two-and-a-half-hour concert film was spliced together from 32 reels of silent 16-mm footage, digitally restored frame by frame in a painstaking process that took editor Thom Zimny a full year to complete. Bob Clearmountain, a veteran of several Springsteen projects, mixed the audio for the CD and film.

Actor, writer and Monty Python member Michael Palin was in attendance and devoted an entire diary entry (Tuesday, November 18th, 1975) to the concert and his first impression of Springsteen and the band. He notes that the hype by CBS Records was met with a certain skepticism by the ticket-buying public. He notes that the concert did not start until 45 minutes after the scheduled start time, that the PA system made it difficult for him to make out the lyrics, but Springsteen and the band "kept the evening alive -- and he did three encores."[2] Contemporary and later reports seem to agree with Bruce Springsteen that the first performance on the 18 November was in fact the inferior one, and was outshone by the repeat concert at the same venue on the 28 November at the end of the European shows.[3][4] This view may deem to have been borne out by the respective number of encores; three on the 18 November and nine on the 28 November.

The album debuted on the Billboard 200 album chart on March 18, 2006 at number 93 with sales of approximately 12,000 copies sold. It spent two weeks on the chart. Hammersmith Odeon '75, with the exception of some songs on the Live/1975-85 box set, stands so far as the only full-length, official release that gives a snapshot of Springsteen and the E Street Band in concert at this early point in their musical career.