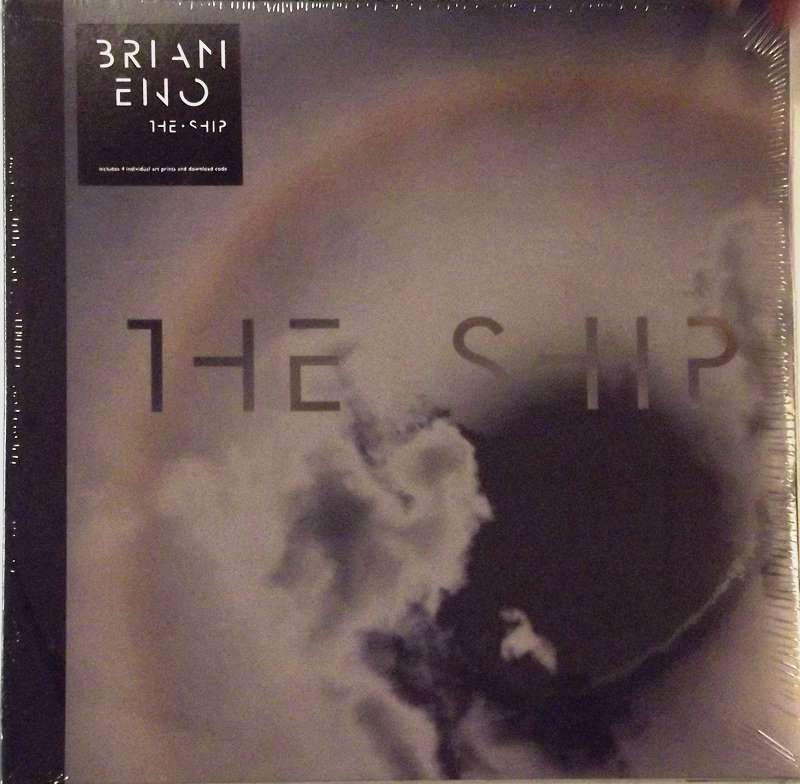 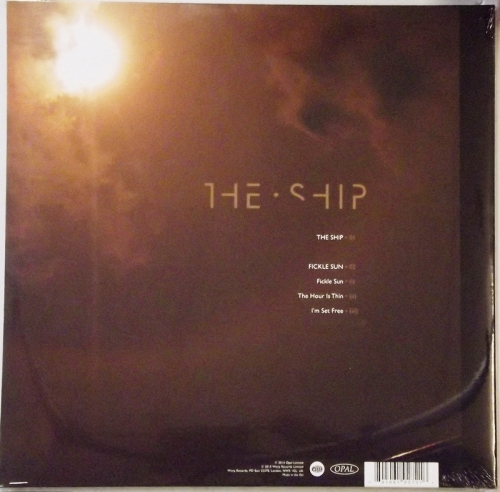 The Ship, Eno's sixth album for Warp, is one of his best solo albums in a while, walking the line between pure ambiance and vocal-driven pop.

There aren't many artists who, with 40-plus years of record-making under their belts, still see each record as a way to challenge their own paradigms with something new and different. For Brian Eno, however, this kind of challenge is core to his identity as a musician. The Ship, Eno’s newest release and his sixth on Warp, somehow manages to feel distinct from all the work he’s done. He describes this divergence as a desire “to make a record of songs that didn’t rely on the normal underpinnings of rhythmic structure and chord progressions but which allowed voices to exist in their own space and time, like events in a landscape.” The Ship is broken into four tracks that more or less flow into one fluid 48-minute suite of music.

On his website Eno describes his inspiration for The Ship as coming from, among other things, a fascination with the sinking of the Titanic and humankind’s balance “between hubris and paranoia.” That Eno should go here now is an interesting way of coming around full circle, because four decades ago he kicked off his non-pop career by issuing The Sinking of the Titanic by his friend and peer Gavin Bryars. That release, which featured not only Bryars but also Michael Nyman and Derek Bailey, was the very first on Eno’s then-new Obscure label in 1975, and served as one more footnote in the annals of Eno’s history in serving as a nexus for the “scenius.” (a term he coined to describe his belief that “it’s not individuals who create things, it’s scenes.”) The Bryars opus is also a double-edged sword as reference points go, because it has claimed ownership on Titanic-related musical storytelling, and it’s also incredibly good.

Thankfully, the comparisons end there. While Bryars’s piece, with its beautiful, looping melody and gentle, nagging insistence, conjures a feeling of an auspicious capital-M Moment whirlpooling slowly downward, Eno’s opening track “The Ship” tells a story not of submerging into sea but of floating listlessly across windless water and forever fog, waves nibbling at the bow and starboard. With a minimalist structure and languid pace, this is not music meant to be experienced or appreciated by those in a hurry, or to be played in the background; it demands your attention in a way that quiet music often doesn’t.

For those willing to stick it out for 21 minutes, “The Ship” unfolds with a kind of majesty that can make one feel like they’re getting their body re-calibrated. Slowly shifting synths establish both gait and mood, before eventually giving way to poem-like vocals by Eno, intoned in a sort of Gregorian chant that only serves to strengthen the feeling that you are being induced into a meditative state. They continue for several minutes before subsiding and the track’s gentle voyage continues, with pitch-shifted voice returning with the refrain “Wave, after wave, after wave.” While not ambient music, the sounds at times resemble moments from Eno’s past, including especially the burbling sounds around 5:50 that recall his work with Bowie on Heroes’ "Neuköln."

From here, The Ship gives way to the album’s second longest composition, “Fickle Sun (i),” clocking in at 18 minutes. Though the pace is a similar speed to “The Ship,” the feel is quite different, with a bass somewhere between “bounce” and “plod” and trebly, rising synths that give the track a menacing oomph. A later section seems to call upon the ’00s work of Fennesz, David Sylvian, and Scott Walker, which are good reference points for this record in general. While “The Ship” is remarkable for sustaining a specific tone for 21 minutes, all the while telling a clear story, “Fickle Sun (i)” is just as impressive, going in more directions musically and challenging the listener’s sense of understanding.

After these two behemoths conclude, the storm clears and we are left with two brief cuts that function more as appendices, both of which are technically parts of “(ii)” and “(iii)” of “Fickle Sun” and each of which present issues for different reasons. “(ii)”, subtitled “The Hour Is Thin,” carries the same emotional tone, but stripped down only to plaintively struck piano notes and with a spoken-word piece by Peter Serafinowicz. While the music itself fits very well here, it would have been preferable to hear Eno’s honeyed baritone instead of Serafinowicz's clinical recitation. And “Fickle Sun (iii)” is a luxurious, jaw-dropping cover of the Velvet Underground’s “I’m Set Free” emerging unexpectedly from the last twinkled notes of “The Hour is Thin.” It’s incongruous to the rest of the record, but is so painfully perfect it can make you nearly let go of everything you’ve just heard to imagine, for a second, that Eno hadn’t stopped making pop music all those years ago.

The Ship is a great, unexpected record. The title track and “Fickle Sun (i)” on their own and as a connected piece of music are marvelous accomplishments, distinctive in Eno’s catalog. And “I’m Set Free” immediately ranks among the most perfect-sounding pop songs Eno has ever had a hand in making. It is a little tough to process the disparity between the minimalist front and the melodic hanging chad of “I’m Set Free” at the end—and the latter is just so damned good that Eno’s pop fans may weep over being denied a full record’s worth of it. But in the end it’s easy to feel grateful that it all exists, and enthusiastic that Eno is an artist who still sees new techniques to learn and new landscapes to paint.