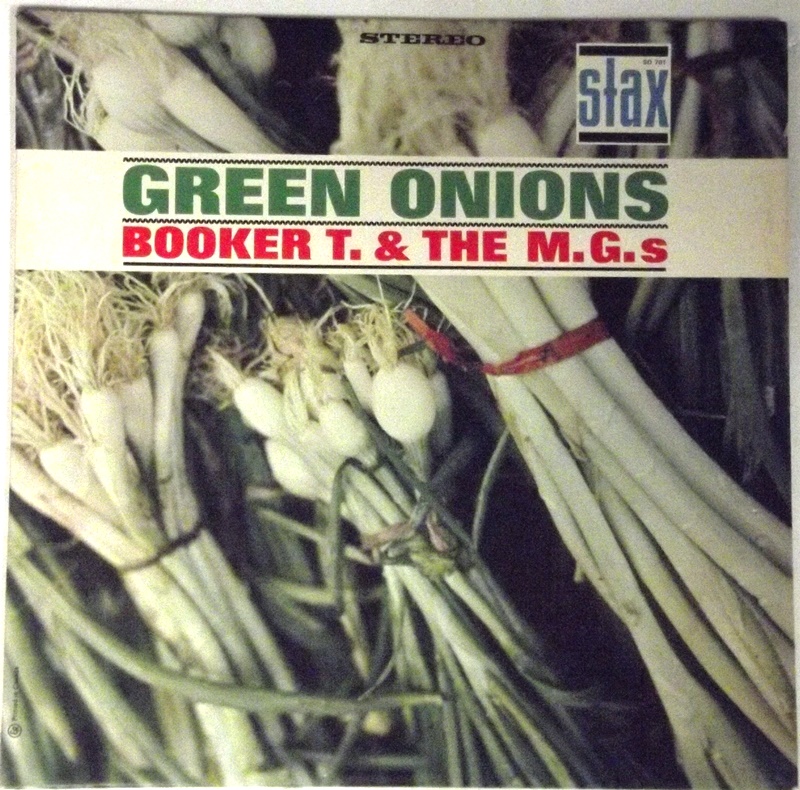 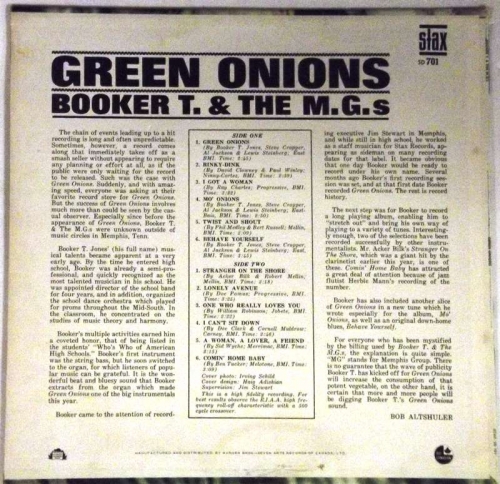 Green Onions is the debut album by Booker T. & the M.G.s, released on Stax Records in October 1962. It reached number 33 on the Pop Albums chart in the month of its release. The title single had been a huge hit worldwide and was covered by dozens of artists, including the Blues Brothers (featuring guitarist Steve Cropper), the Ventures, Al Kooper, the Shadows, Mongo Santamaría, Roy Buchanan (also featuring Steve Cropper and Jan Hammer), Count Basie and many others.

Three previous Stax LPs - two by the Mar-Keys, one by Carla Thomas - had been issued on Atlantic Records. Green Onions was the first album released on the Stax label proper. It was also Stax's first charting album, peaking at number 33 on the Billboard 200.[2] The album features only instrumental songs and features Steve Cropper playing a Fender Telecaster.[3]