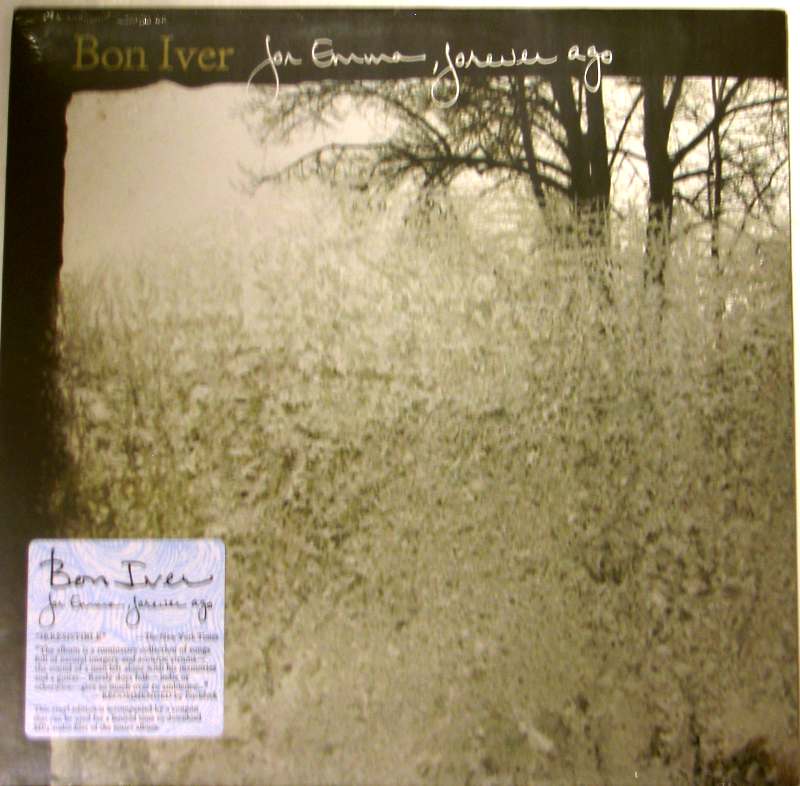 For Emma, Forever Ago

Sealed - Brand new vinyl with download voucher. Made in USA.

For Emma, Forever Ago is the debut album from Wisconsin artist Bon Iver. It was self-released in 2007 and received wider release on the Jagjaguwar label in February 2008 (and on the 4AD label in the UK in May 2008). The album was widely acclaimed, receiving spots on critics' end-of-the-year lists, as well as several awards.

Following his break-up with his girlfriend at the time, as well as the break-up of his previous band DeYarmond Edison, Justin Vernon, suffering from mononucleosis, secluded himself in a cabin in Medford, Wisconsin for three months planning to "hibernate." Three months of solitude resulted in the creation of For Emma, Forever Ago. "All of his personal trouble, lack of perspective, heartache, longing, love, loss and guilt that had been stockpiled over the course of the past six years, was suddenly purged into the form of song." [11][12]

All the basic tracks for the record were done by Justin Vernon in the cabin, with a few additional instruments (for example the horns on For Emma) added later; "despite its complexity, the record was created with nothing more than a few microphones and some aged recording equipment."[11]

The album was self-released in July 2007 and quickly gained attention from various music publications like Pitchfork Media. In February 2008, the album was re-released through the Jagjaguwar label with a new album cover. In May 2008, 4AD picked the album up for release in the UK and Europe.