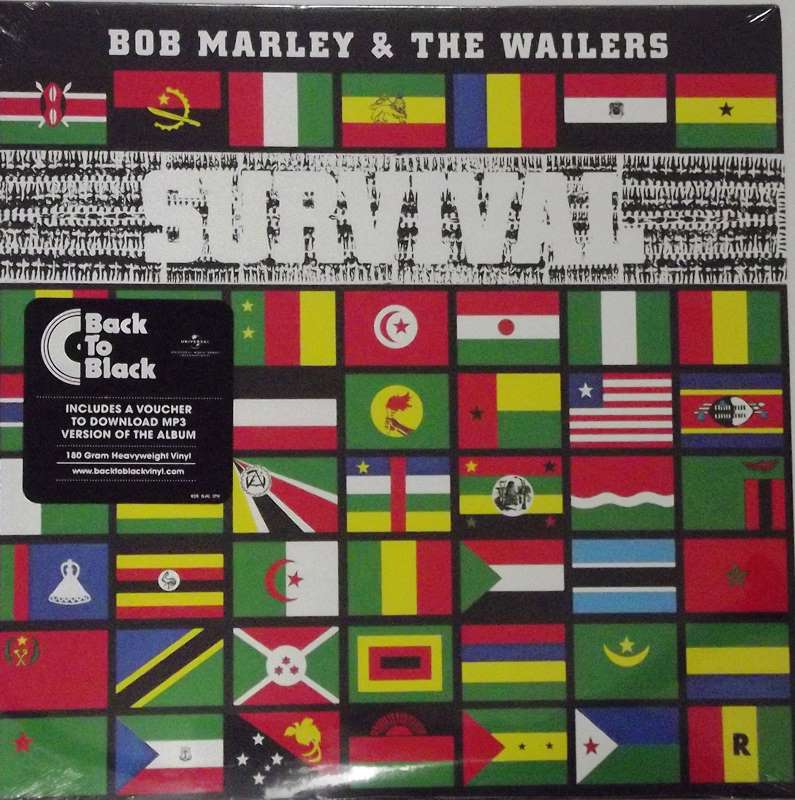 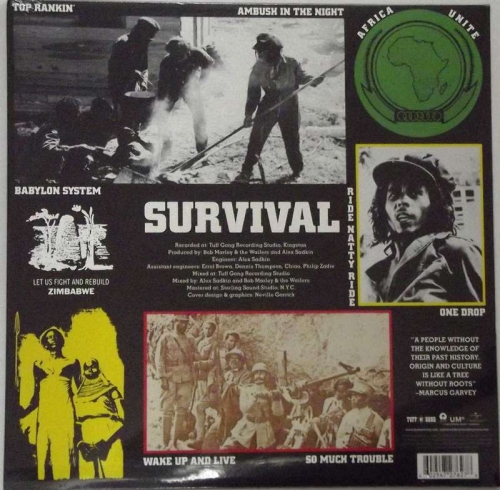 Survival is a roots reggae album by Bob Marley & The Wailers released in 1979.

Survival is an album with an outwardly militant theme. Some[who?] speculate that this was due in part to criticism Marley received for the laid-back, ganja-soaked atmosphere of his previous release, "Kaya", which seemed to sidetrack the urgency of his message.[3] In the song "Africa Unite", Marley proclaims Pan-African solidarity. The song "Zimbabwe" is a hymn dedicated to later-independent Rhodesia. The song was performed at Zimbabwe's Independence Celebration in 1980, just after the official declaration of Zimbabwe's independence. "Zimbabwe" is seen as an unofficial national song.

Survival was originally to be called Black Survival to underscore the urgency of African unity, but the name was shortened to prevent misinterpretations of the album's theme.[3] Marley originally planned to release Survival as the first part of a trilogy, followed by Uprising in 1980 and Confrontation in 1983.

In South Africa the album was partly censored by the then apartheid government.