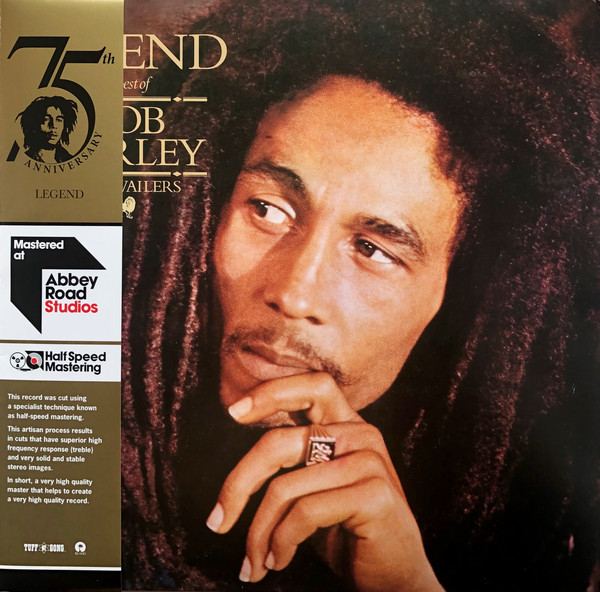 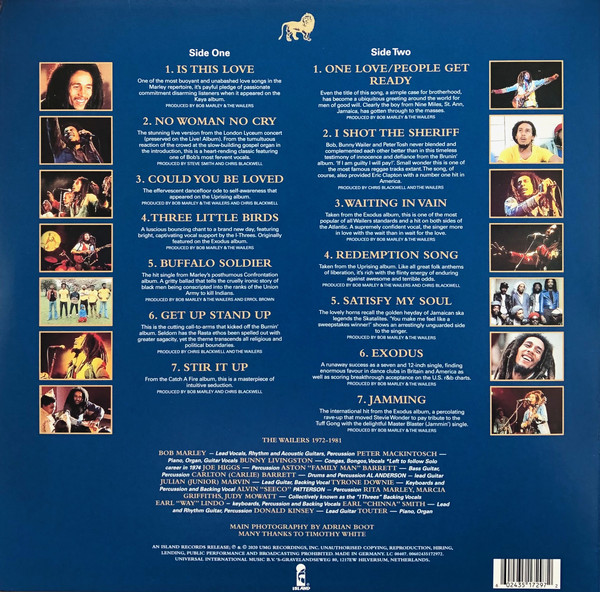 Legend is a compilation album by Bob Marley and the Wailers, released in 1984 by Island Records, catalogue BMW 1 in the United Kingdom and A1 90169 in the United States. It is essentially a greatest hits collection of singles in its original vinyl format, and the best-selling reggae album of all-time, with over 15 million copies sold in the United States and an estimated 25 million copies sold globally.[1][2][3][not in citation given] In 2003, the album was ranked number 46 on Rolling Stone magazine's list of the 500 greatest albums of all time. Dave Robinson managing director of Island was the executive producer of the album but is not credited on the artwork.

As of January 2015[update], it has spent a total of 342 nonconsecutive weeks on the Billboard album chart—the fourth longest run in history. On the September 20, 2014 edition of The Billboard 200, sales surged by nearly 56,000 albums, bringing the new peak of the album to #5 on the chart (Primarily due to a Google Music Store America discount price of 99 cents). Currently, the album sells approximately 3,000 to 5,000 US copies per week.