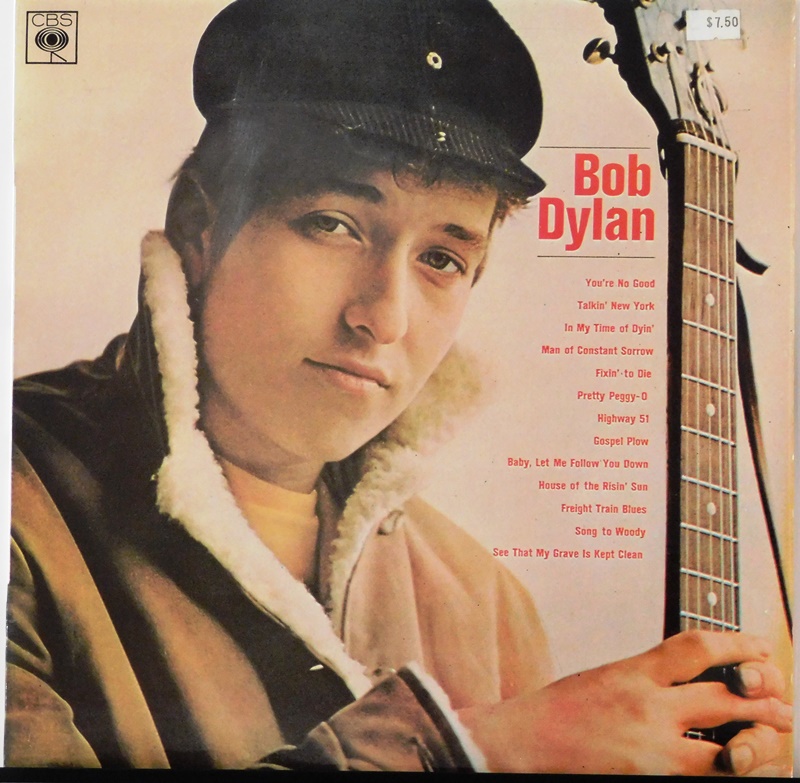 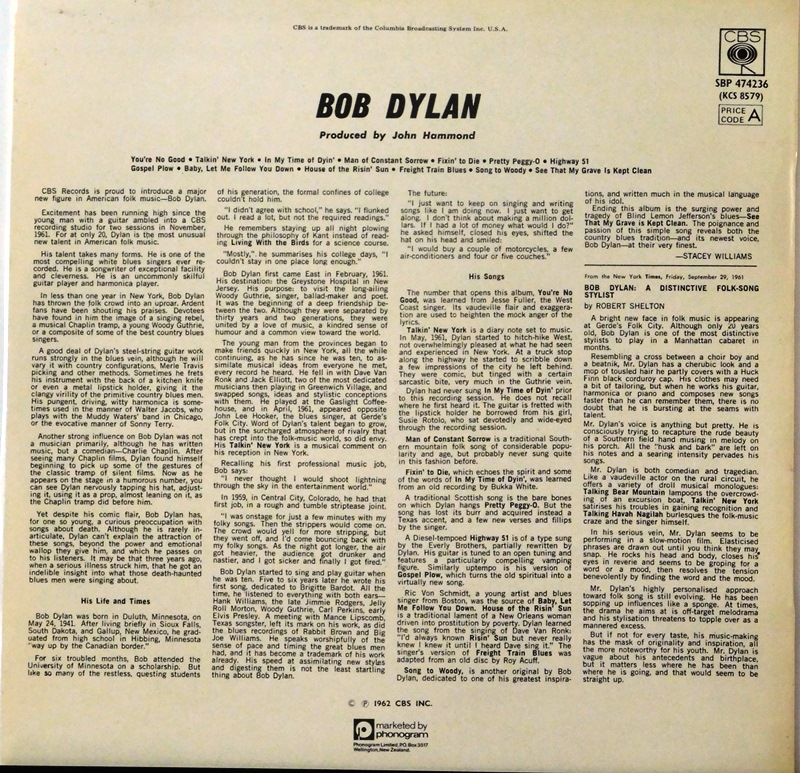 Dylan met John Hammond at a rehearsal session for Carolyn Hester on September 14, 1961, at the apartment shared by Hester and her then-husband, Richard Fariña. Hester had invited Dylan to the session as a harmonica player, and Hammond approved him as a session player after hearing him rehearse, with recommendations from his son, musician John P. Hammond, and from Liam Clancy.

Hammond later told Robert Shelton that he decided to sign Dylan "on the spot", and invited him to the Columbia offices for a more formal audition recording.  No record of that recording has turned up in Columbia's files, but Hammond, Dylan, and Columbia's A&R director Mitch Miller have all confirmed that an audition took place. (Producer Fred Catero, then a recording engineer for Columbia Records, claims to have the master of that session. It is not the original demo for Columbia, but a session from December 6, 1962, recorded by John Hammond, Sr.)

On September 26, Dylan began a two-week run at Gerde's Folk City, second on the bill to The Greenbriar Boys. On September 29, an exceptionally favorable review of Dylan's performance appeared in the New York Times. The same day, Dylan played harmonica at Hester's recording session at Columbia's Manhattan studios. After the session, Hammond brought Dylan to his offices and presented him with Columbia's standard five-year contract for previously unrecorded artists, and Dylan signed immediately.

That night at Gerdes, Dylan told Shelton about Hammond's offer, but asked him to "keep it quiet" until the contract's final approval had worked its way through the Columbia hierarchy.  The label's official approvals came quickly.

Studio time was scheduled for late November, and during the weeks leading up to those sessions, Dylan began searching for new material even though he was already familiar with a number of songs. According to Dylan's friend Carla Rotolo (sister of his girlfriend Suze Rotolo), "He spent most of his time listening to my records, days and nights. He studied the Folkways Anthology of American Folk Music, the singing of Ewan MacColl and A. L. Lloyd, Rabbit Brown's guitar, Guthrie, of course, and blues … his record was in the planning stages. We were all concerned about what songs Dylan was going to do. I remember clearly talking about it."

The album was ultimately recorded in three short afternoon sessions on November 20 and 22. Hammond later joked that Columbia spent "about $402" to record it, and the figure has entered the Dylan legend as its actual cost. Despite the low cost and short amount of time, Dylan was still difficult to record, according to Hammond. "Bobby popped every p, hissed every s, and habitually wandered off mike," recalls Hammond. "Even more frustrating, he refused to learn from his mistakes. It occurred to me at the time that I'd never worked with anyone so undisciplined before."[7]

Seventeen songs were recorded, and five of the album's chosen tracks were actually cut in single takes ("Baby Let Me Follow You Down", "In My Time of Dyin'", "Gospel Plow", "Highway 51 Blues", and "Freight Train Blues") while the master take of "Song to Woody" was recorded after one false start. The album's four outtakes were also cut in single takes. During the sessions, Dylan refused requests to do second takes. "I said no. I can't see myself singing the same song twice in a row. That's terrible."[8]

The album cover features a reversed photo of Dylan holding his acoustic guitar. This was done to prevent the neck of the guitar from obscuring Columbia's logo.