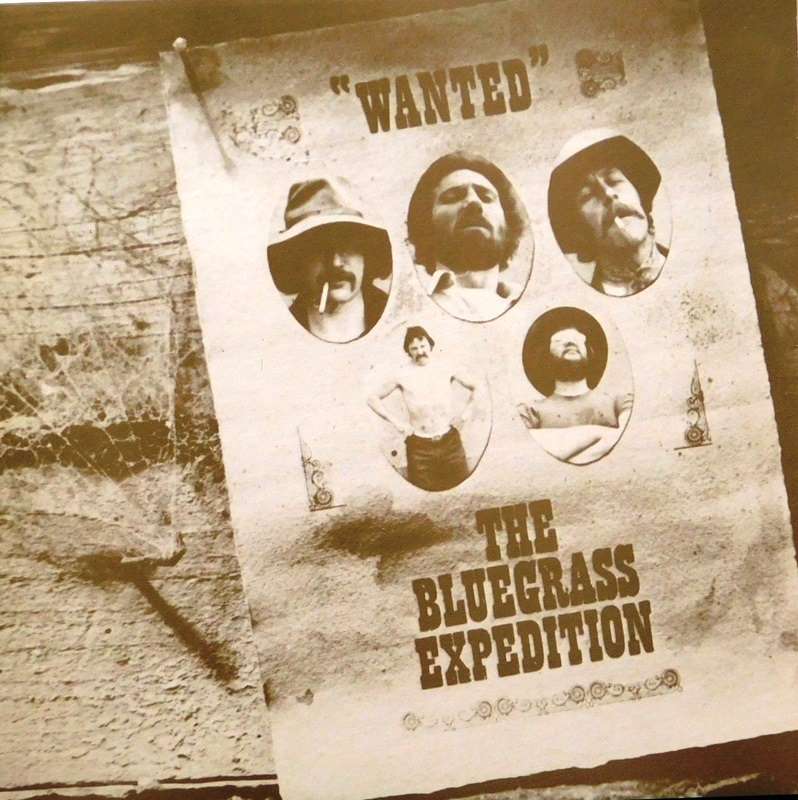 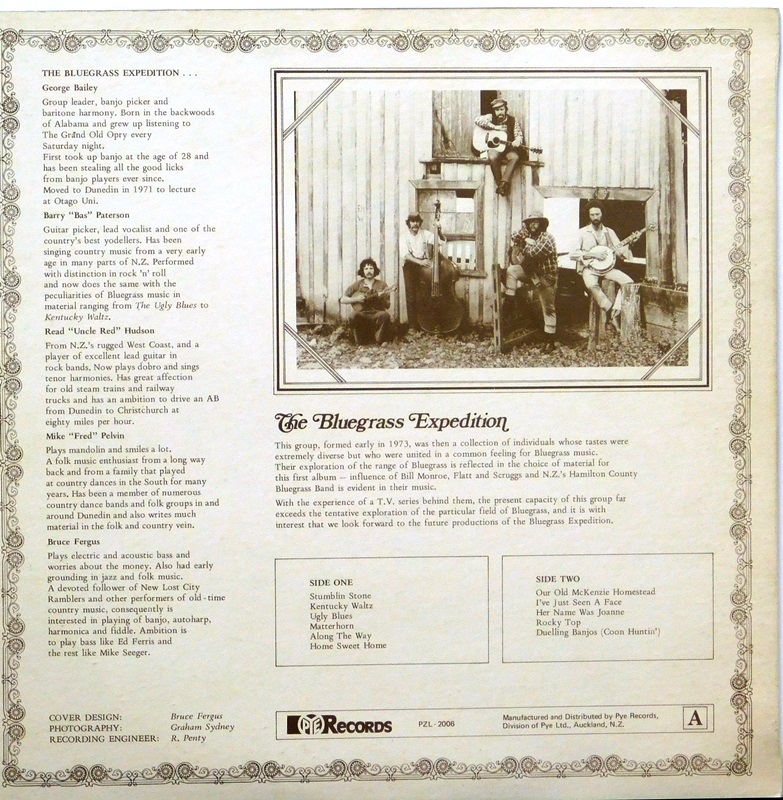 Stunning package both vinyl and cover in great condition.

The Bluegrass Expedition grew out of the Dunedin Folk Club in the early 1970s under the strict tutelage of their leader, Alabama banjo picker George Bailey. They went on to release two albums and were the stars of television series Young Country before breaking up when Bailey returned to the United States.

A senior lecturer in biochemistry at Otago University, Bailey called into the folk club soon after his arrival in New Zealand in 1972 and encountered a ragtag group of enthusiastic but not so authentic bluegrass practitioners. For the best part of a year he coached them on the finer points of mountain music before they played a gig.

The newcomer set about gathering up the interested parties to start a new unit he christened The Bluegrass Expedition. Initial get-togethers included just Pelvin and Fergus but were soon augmented by singer and guitarist Barry Paterson. Hudson wasn’t aware he was part of the mix until Bailey telephoned and drawled down the line, “Why aren’t you at practice?”

There he exposed them to his vast collection of bluegrass records and slowly moulded them into shape, even demanding that the singers’ pronunciation had to be “more American”.

With Fergus moving to bass, the line-up mostly rehearsed in Bailey’s front room. There he exposed them to his vast collection of bluegrass records and slowly moulded them into shape, even demanding that the singers’ pronunciation had to be “more American”. In one song he insisted the word “heart” shouldn’t be the typical New Zealand flat-vowel sound “hart”, but “hawrt”. Paterson and Hudson henceforth ensured they always bellowed the word louder than any other in that particular song.

On another occasion he lectured Hudson, a self-taught dobro player, that the instrument was in fact played with a thumb pick and fingerpicks, not with a flat pick as he was doing. A bewildered Bailey was later heard to observe he suspected Hudson even played piano with a flat pick!

One of The Bluegrass Expedition’s first gigs was at a cold and foggy Roxburgh. Hudson and Paterson went for a walk and were thankful to an oblivious Bailey for picking his banjo on the balcony and guiding them back through the fog. A regular haunt was the London Lounge in George Street and they would often play at the folk club.

Although later they ventured to the North Island, most of their work was in and around Otago and Southland. At a gig in a Southland woolshed on the night of the 1975 general election there were probably only four Labour voters there and they were all in the band. They managed to hide their disappointment when news came through that National’s Robert Muldoon was the new prime minister.