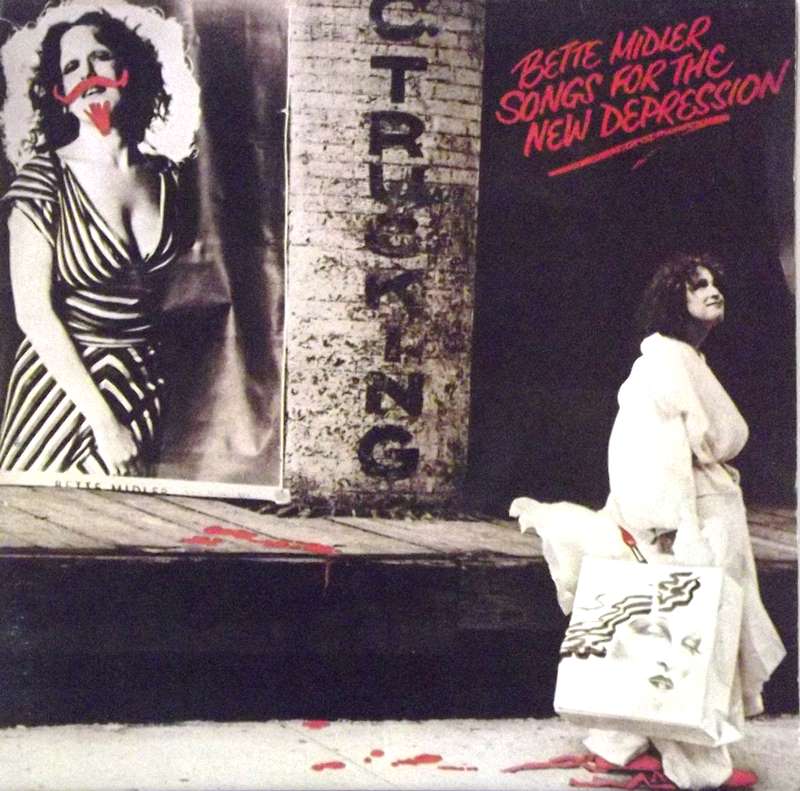 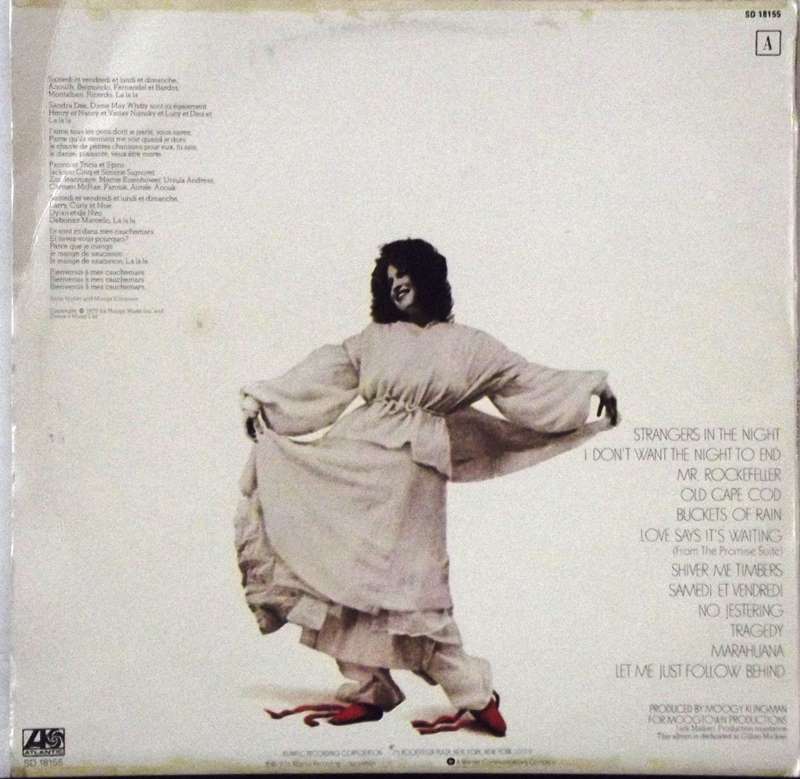 Songs For The New Depression

Songs for the New Depression is the third studio album by American female singer Bette Midler, released in early 1976 on the Atlantic Records label. The album which saw her making her debut as a composer ("Mr. Rockefeller" and the French language "Samedi et Vendredi"), as well as co-producer and sound engineer features contributions from musicians as diverse as soul singer Luther Vandross, Todd Rundgren and Brazilian jazz accordionist Sivuca. Songs for the New Depression includes Midler's version of Tom Waits' "Shiver Me Timbers", a duet with Bob Dylan, "Buckets of Rain", and opens with her discofied take on Frank Sinatra's standard "Strangers in the Night" which became a #7 hit on the US dance charts. Two of the tracks, "Old Cape Cod" and "Marahuana", were originally recorded during the sessions for 1972 debut album The Divine Miss M but remixed three years later by producers Lew Hahn and Arif Mardin for Songs for the New Depression. The album peaked at #27 on the Billboard album chart. "Mr. Rockefeller" was sampled by rapper Kanye West on the song, "Last Call", from his debut album, The College Dropout.