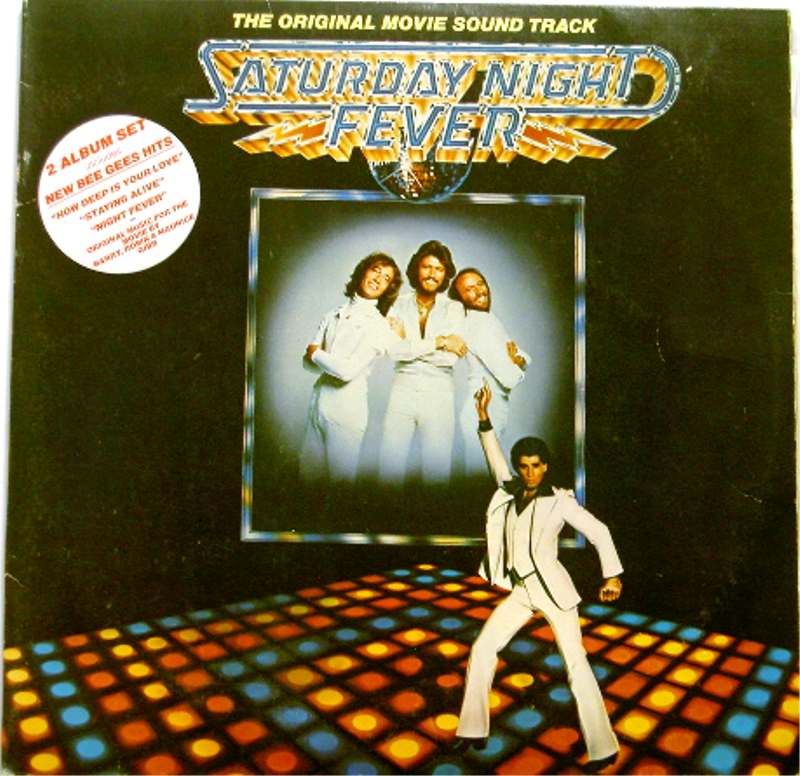 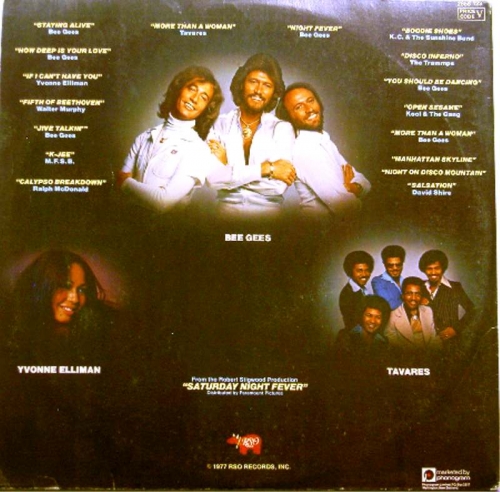 Saturday Night Fever: The Original Movie Sound Track is the soundtrack album from the 1977 film Saturday Night Fever starring John Travolta. In the United States, the album was certified 15× Platinum for shipments of over 15 million copies.[1] The album stayed atop the album charts for 24 straight weeks from January to July 1978 and stayed on Billboard's album charts for 120 weeks until March 1980. In the UK, the album spent 18 consecutive weeks at No. 1. The album epitomized the disco phenomenon on both sides of the Atlantic and was an international sensation.[2] The album has been added to the National Recording Registry in the Library of Congress for being culturally significant.[3]