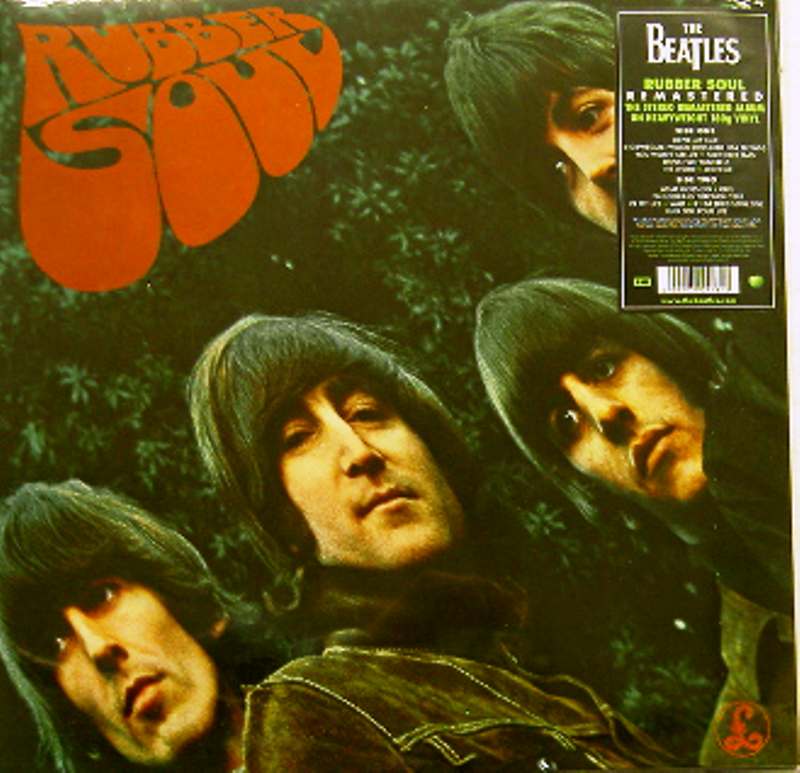 Rubber Soul is the sixth studio album by the English rock band the Beatles. It was released on 3 December 1965 in the United Kingdom, on EMI's Parlophone label, accompanied by the non-album double A-side single "Day Tripper" / "We Can Work It Out". The original North American version of the album was altered by Capitol Records to include a different selection of tracks. Rubber Soul met with a highly favourable critical response and topped record charts in Britain and the United States for several weeks.

Often referred to as a folk rock album, Rubber Soul incorporates a mix of pop, soul and folk musical styles. After the British version of A Hard Day's Night, it was the second Beatles LP to contain only original material. For the first time in their career, the band were able to record the album over a continuous period, uninterrupted by touring commitments. The songs demonstrate the Beatles' increasing maturity as lyricists and, in their incorporation of brighter guitar tones and new instrumentation such as harmonium, sitar and fuzz bass, the group striving for more expressive sounds and arrangements for their music. The project marked the first time that the band explored the possibilities of the album as an artistic work, an approach they continued to develop with Revolver and Sgt. Pepper's Lonely Hearts Club Band. The North American version of Rubber Soul contained ten of the fourteen new songs, supplemented by two tracks withheld from the band's Help! album. The four songs omitted by Capitol, including the February 1966 single "Nowhere Man", instead appeared on the North American-only release Yesterday and Today.

Rubber Soul was highly influential on the Beatles' peers, leading to a widespread focus away from singles and onto creating albums of consistently high-quality songs. It has been recognised by music critics as an album that opened up the possibilities of pop music in terms of lyrical and musical scope, and as a key work in the development of styles such as psychedelia and progressive rock. Among its many appearances on critics' best-album lists, Rolling Stone ranked it fifth on the magazine's 2012 list "The 500 Greatest Albums of All Time". In 2013, after the British Phonographic Industry changed its sales award rules, the album was declared as having gone platinum