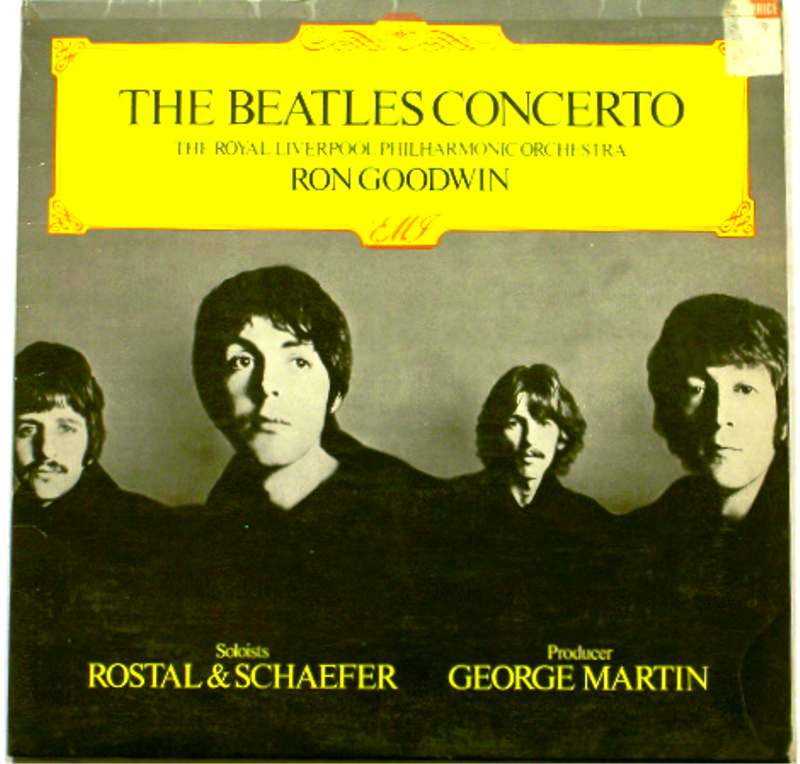 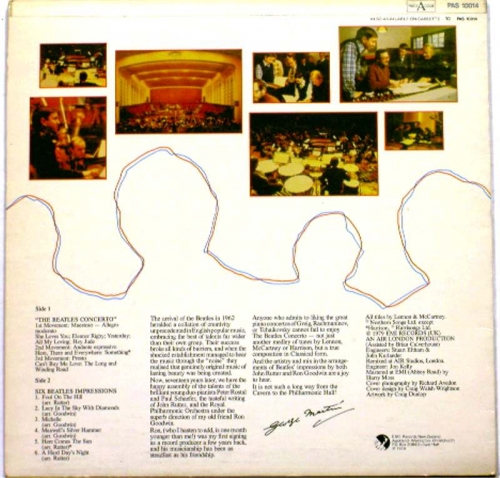 "The idea of creating a Beatles Concerto for two pianos and orchestra occurred to me during a sleepless night early in 1977. This was partly because I loved the Beatles' music, and along with my piano duo partner, Paul Schaefer, we often included our own arrangements of their songs in our two-piano recitals anyway. However, it also seemed to me that several of the tunes were not simply beautiful melodies, but several (eg Eleanor Rigby, Can't buy me love etc) incorporated motifs that had the potential to be developed within the structure of a large-scale classical concerto. It also seemed natural that certain songs, such as The Long and Winding Road and Something, could sound wonderful in the grand romantic concerto style of Rachmaninov or Tchaikovsky.

When I awoke, I telephoned Paul with the idea, and he was equally enthused. The obvious collaborator had to be John Rutter. We both loved and admired his music, he and Paul had grown up together as schoolboys at Highgate School in North London, and John had already written many marvellous orchestrations for us anyway. Happily, John was willing to rise to the challenge and, in my opinion, created a brilliant work. He also entered into the fun by, for example, making sly references to other popular concertos - eg the Grieg and Chopin E minor concertos in the transition from Here, There and Everywhere to Something, in the slow movement.

We gave the first performance in June 1977, as part of the BBC International Festival of Light Music, at the Royal Festival Hall with the BBC Radio Orchestra, conducted by Robert Farnon. Subsequently, we performed it in concert halls all over the world, as well as unusual venues, from the Domain Park in Sydney, Australia, with the Sydney Symphony Orchestra conducted by John Lanchbery to the Hong Kong Coliseum with the Hong Kong Philharmonic!

"The Beatles Concerto (1977) still makes me smile. My old friends Peter Rostal and Paul Schaefer offered me what must be the most unlikely challenge of my composing career when they asked if I could create a grand romantic-style concerto for two pianos and orchestra from Beatles songs. As a Beatles fan, I accepted the challenge, but gratefully made use of three of Peter and Paul’s own two-piano arrangements: these appear in the first movement, where the piano parts in the sections based on Eleanor Rigby, Yesterday, and Hey Jude are theirs, not mine. After that, I took off on my own, and hugely enjoyed contriving cascades of chromatics, armfuls of arpeggios and deluges of double octaves, all shamelessly plundered from the great masters. The best part of it all was that I didn’t have to play it: that’s a finger-breaking task I have happily left to Peter and Paul, who have never complained. But let’s not forget that there is an underlying tenderness in so many Beatles songs; this comes to the fore in the second movement, which is based on one of the loveliest of them, Here, there and everywhere."[1]