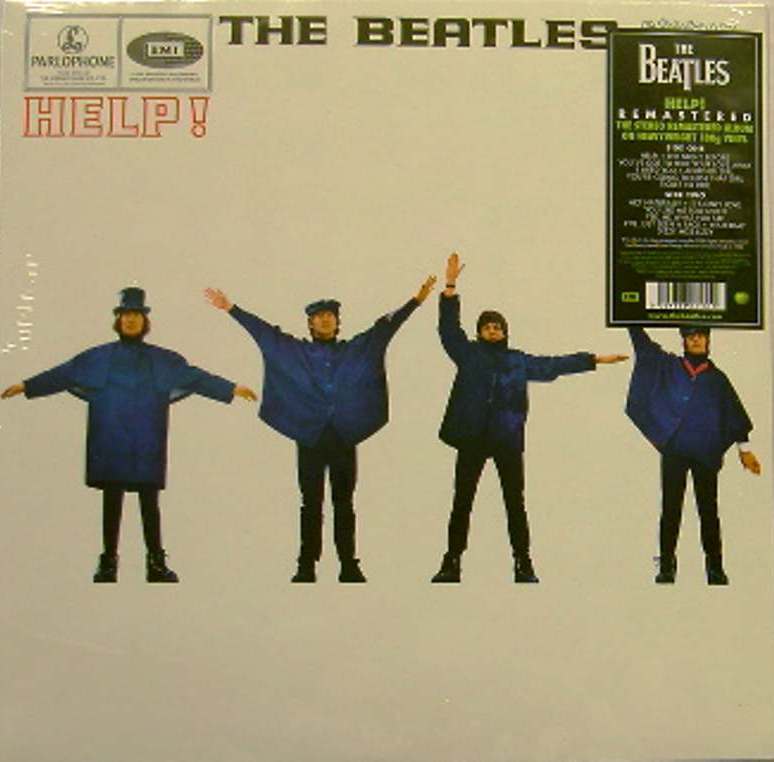 Help! is the fifth studio album by the English rock band the Beatles and the soundtrack to their film of the same name. It was released on 6 August 1965. Seven of the fourteen songs, including the singles "Help!" and "Ticket to Ride", appeared in the film and took up the first side of the vinyl album. The second side included "Yesterday", the most-covered song ever written.[2] The album was met with favourable critical reviews and topped the Australian, German, UK and US charts.

During the recording sessions for the album, the Beatles continued to explore the studio's multitracking capabilities to layer their sound. "Yesterday" features a string quartet, the band's first use of Baroque sensibilities, and "You've Got to Hide Your Love Away" includes a flute section. In North America, the release was a true soundtrack album, combining the first seven songs with instrumental music from the film. The omitted tracks were instead spread across the Capitol Records LPs Beatles VI, Rubber Soul and Yesterday and Today.

In the US, Help! marked the start of artistic recognition for the Beatles from mainstream critics, including comparisons to the European art music tradition. It was nominated in the category of Album of the Year at the 1966 Grammys Awards, marking the first time that a rock band had been recognised in this category. In 2000, it was voted 119th in the third edition of Colin Larkin's book All Time Top 1000 Albums. In 2020, it was ranked 226nd on Rolling Stone magazine's list of the "500 Greatest Albums of All Time".[3] In September 2013, after the British Phonographic Industry changed its sales award rules, Help! was certified platinum for recorded sales since 1994.[4]