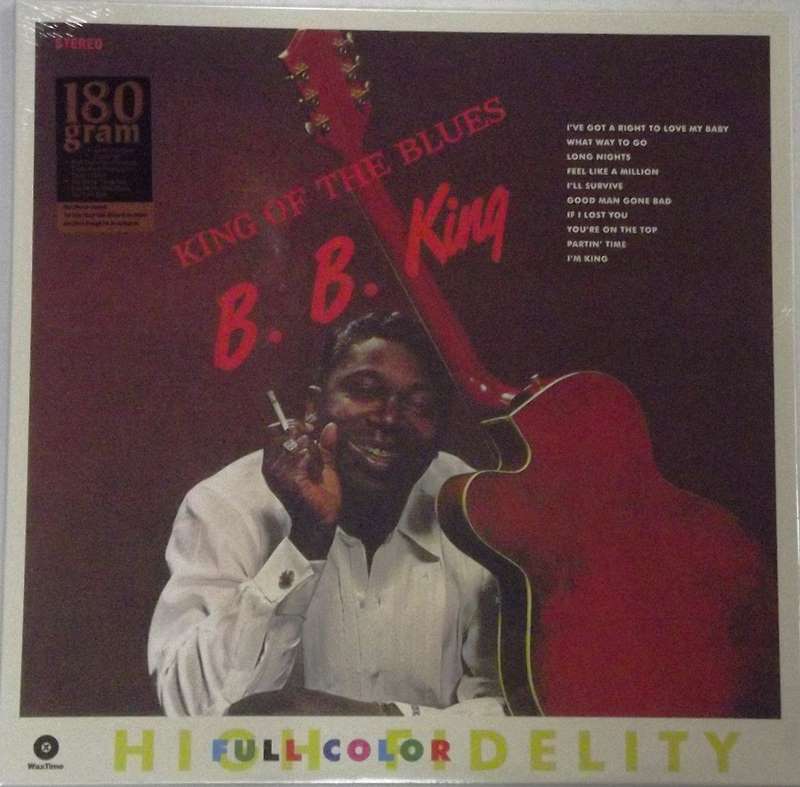 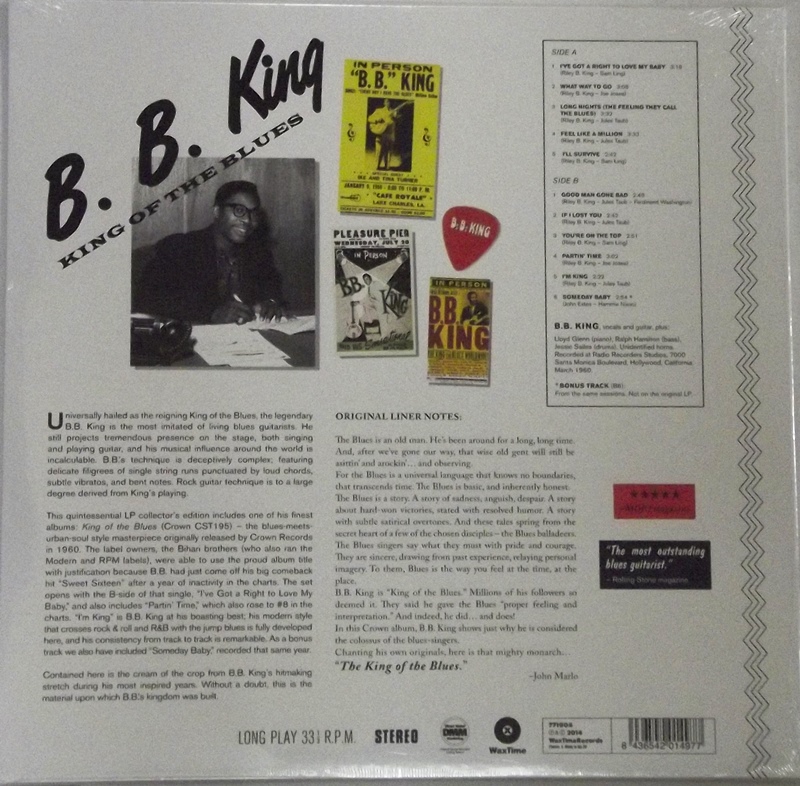 Three cheers to Ace Records for reissuing B.B. King's Crown, Kent, and Ember sides as albums with original artwork, remastered sound, and plenty of bonus tracks. King of the Blues was B.B.'s sixth album for the Bihari Brothers on Crown, issued at a budget price, and his second full-length outing of 1960 after coming off his chart-topping "Sweet Little Sixteen" single earlier in the year. The set opens with the B-side of that single, "I've Got a Right to Love My Baby," and also includes "Partin' Time," a number eight charter as well. "I'm King" is B.B. at his boasting best; his modern style that crosses rock & roll and R&B with the jump blues is fully developed here, and his consistency from track to track during those crazy days is remarkable. In addition, there are ten bonus tracks (making the CD double length), including tunes from the early to mid-'60s such as "Tell Me Baby," "3 O'Clock Blues," "Million Years Blues," and an obscure remixed track from 1962 (issued as a single in 1970 on Kent) called "Worried Life." This is a stellar look at a young, cocky, guitar-slinging B.B. King. The sound is very fine and the notes by Jon Broven are exemplary. This is a necessary purchase for anyone interested in King's career.