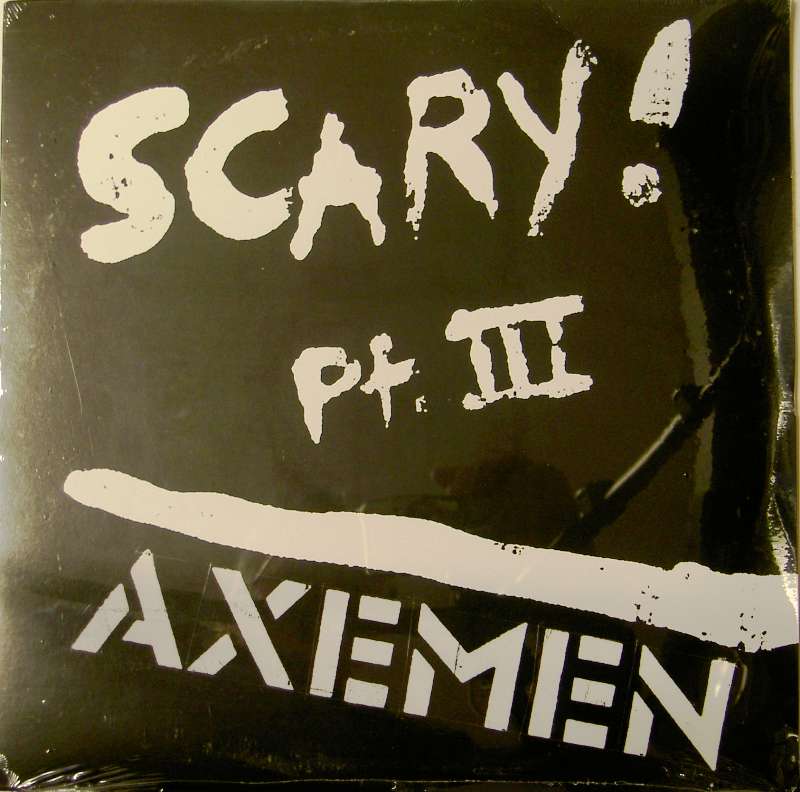 The second entry in Siltbreeze's Axemen reissue series, Scary! Part III originally saw light as a cassette-only release in 1989. Most bands and fans active in the Christchurch and Dunedin scenes at this time could tell you, sans embellishment, how the prolific Axemen blazed through the '80s (new cassettes seeming to come into existence on an almost daily basis), and, in classic Rashomon style, a different story would be told by all willing to reminisce, though it's safe to say everyone would agree that Scary!'s beguiling je ne sais quoi is some of the band's most intriguing blat to date.‚

Unlike the hyper-punk-charged pastiche of Big Cheap Motel, Scary! operates from a gestalt concept and sensibility. While on the surface the contents might sound fragmented, ruminative, or obfuscatory, dig deeper (or listen better) and you'll see (and hear) the mystifying ooze lactating out of the four sides of Scary! not as individual, insurmountable constructs of bizarreness, but as a coherent pattern of brilliant phenomena that is-- in a word-- scary!‚

Novice ears that have made it though this Bunyanesque giant find themselves making comparisons to a mixture of S.Y.P.H., Royal Trux, and Ptose. All one can say, really, to such hodgepodge is "congratulations." After 20 years and counting, this release refuses to be aptly pigeonholed. Hell, even a seasoned horror chomper such as Shirley Jackson (were she still croaking) would advise giving these guys a wide berth. They mean business and their business is mean. Or as the poet (and bartender) Bing McFreud once scribed as an ode to this collection of doozies: