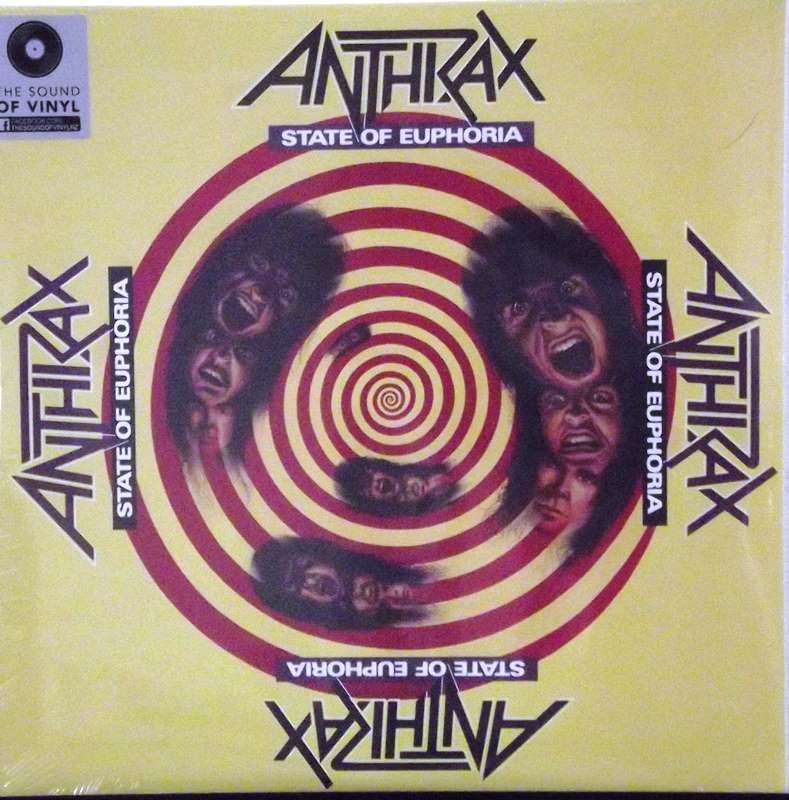 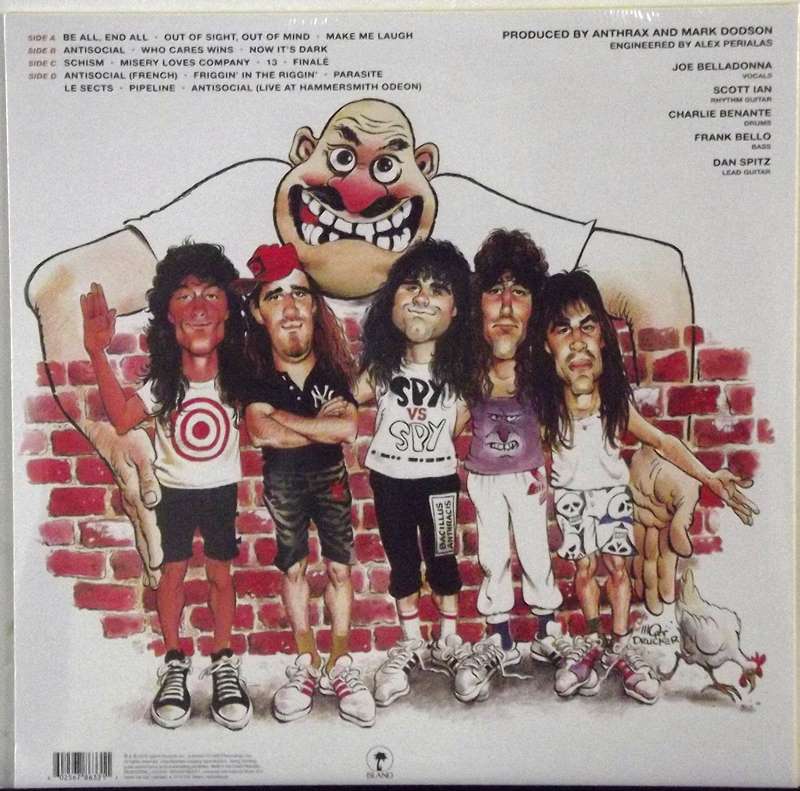 State of Euphoria is the fourth studio album by the American thrash metal band Anthrax. It was released on September 19, 1988 through Megaforce/Island Records.

The album was produced by Anthrax and Mark Dodson, with Alex Perialas engineering. The album reached No. 30 on the Billboard 200 chart in late 1988 and was certified Gold by the RIAA on February 8, 1989.[3] The songs "Who Cares Wins", dealing with the plight of the homeless, and "Antisocial" were released as singles with accompanying music videos.

The song "Misery Loves Company" is based on the Stephen King novel Misery, while "Now It's Dark" was inspired by the David Lynch film Blue Velvet, specifically the behavior of the sexually depraved, self-asphyxiating, murderous sociopath Frank Booth, as played by Dennis Hopper. The song was years later made into simlish for the radio on The Sims PC game. The song "Make Me Laugh" is critical of Jim and Tammy Fae Bakker and Televangelism in general, a popular target of thrash metal bands of that period. The song specifically mentioned minutiae such as the air-conditioned doghouse and Christian amusement park. The majority of the album's music was composed by drummer Charlie Benante while lyrics were composed by rhythm guitarist Scott Ian.

The back cover of the album contains a parody picture of the band drawn by Mort Drucker, a caricaturist best known for his artwork in the magazine Mad.