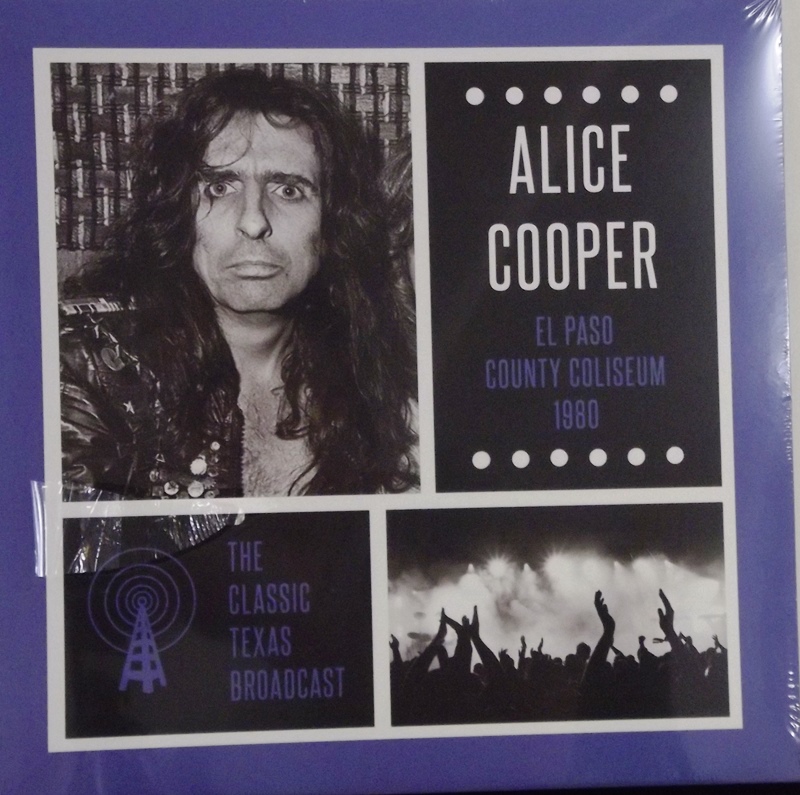 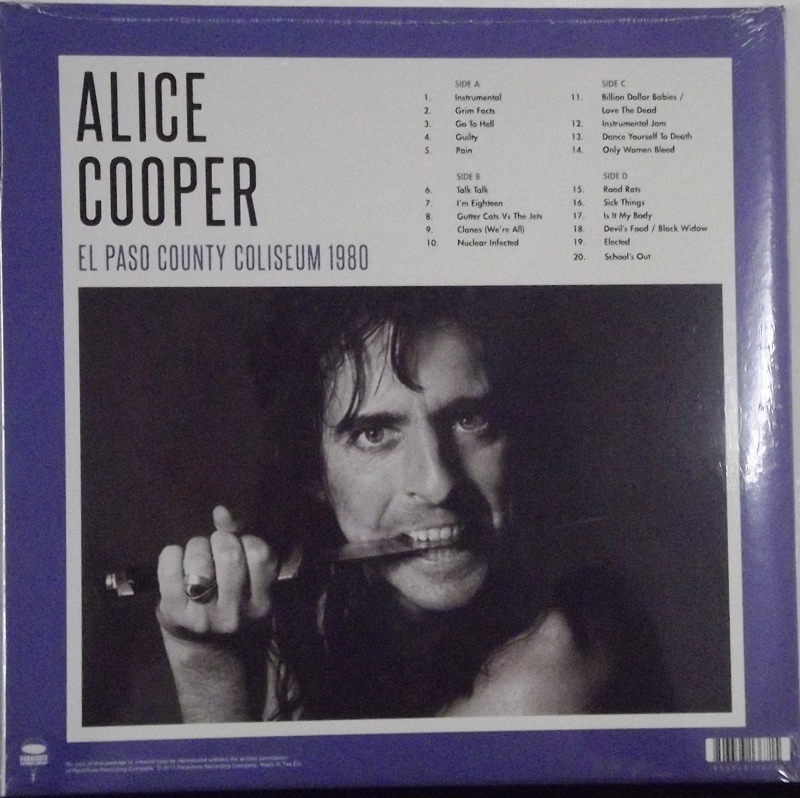 The recording featured here was taken from the first date of the Flush the Fashion tour on 4th June 1980 at El Paso’s County Coliseum. Broadcast live over FM radio, many songs including ‘Clones’, ‘Guilty’, ‘Pain’ and ‘Dance Yourself To Death’ were performed here for the first time in front of a live audience. Despite his troubles during this period, Alice Cooper is in as good a shape as ever he was, and when breaking out such classics as ‘I’m Eighteen’, ‘Billion Dollar Babies’, ‘Elected’ and ‘School’s Out’, it’s not difficult to see why this dynamic performer has forged such a celebrated and enduring legacy