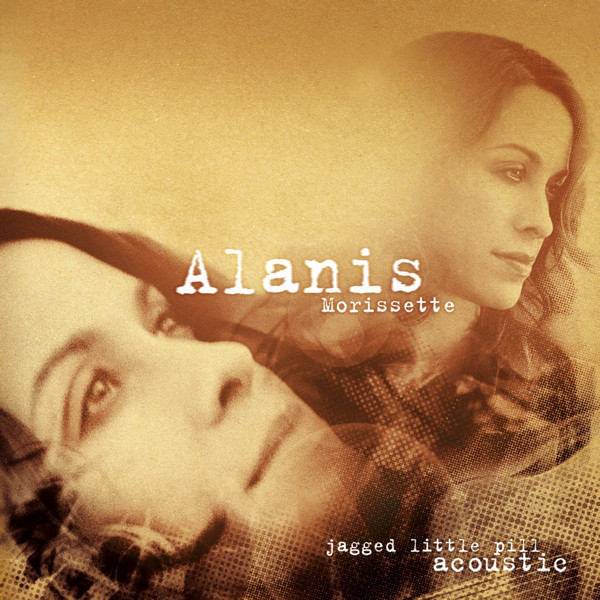 The album's single in the U.S. was "Hand In My Pocket". The video for the track received rotation on VH1. The accompanying tour ran for two months in mid-2005, with Morissette playing small theatre venues. During the same period, Morissette was inducted into Canada's Walk of Fame. In the autumn of 2005, Alanis Morissette opened for The Rolling Stones for a few dates of their A Bigger Bang Tour.

The cover artwork is a tribute to the cover of the original Jagged Little Pill.

Jagged Little Pill is the third studio album, and international debut, by Canadian singer Alanis Morissette, released on June 13, 1995 through Maverick. It was her first album to be released worldwide as her first two albums were released only in her native Canada. Morissette began work on the album after moving from her hometown, Ottawa, to Toronto; she made little progress until she traveled to Los Angeles, where she met producer Glen Ballard. Morissette and Ballard had an instant connection and began co-writing and experimenting with sounds.

The experimentation resulted in an alternative rock album that takes influence from post-grunge and pop rock, and features guitars, keyboards, drum machines, and harmonica. The lyrics touch upon themes of aggression and unsuccessful relationships, while Ballard introduced a pop sensibility to Morissette's angst.[2]

Jagged Little Pill topped the charts in thirteen countries; with sales of over 33 million units worldwide, it is one of the best-selling albums of all time and made Morissette the first Canadian to achieve double diamond sales.[3] Jagged Little Pill was nominated for nine Grammy Awards, winning five, including Album of the Year, making Morissette the youngest artist in history to win the honor, a record she held until 2010, when Taylor Swift won this prize with Fearless (2008).[4] Rolling Stone ranked Jagged Little Pill number 327 on its 2003 list of "The 500 Greatest Albums of All Time".[5][6]

A musical stage production based on the album premiered at the American Repertory Theater in Cambridge on May 5, 2018.[7]