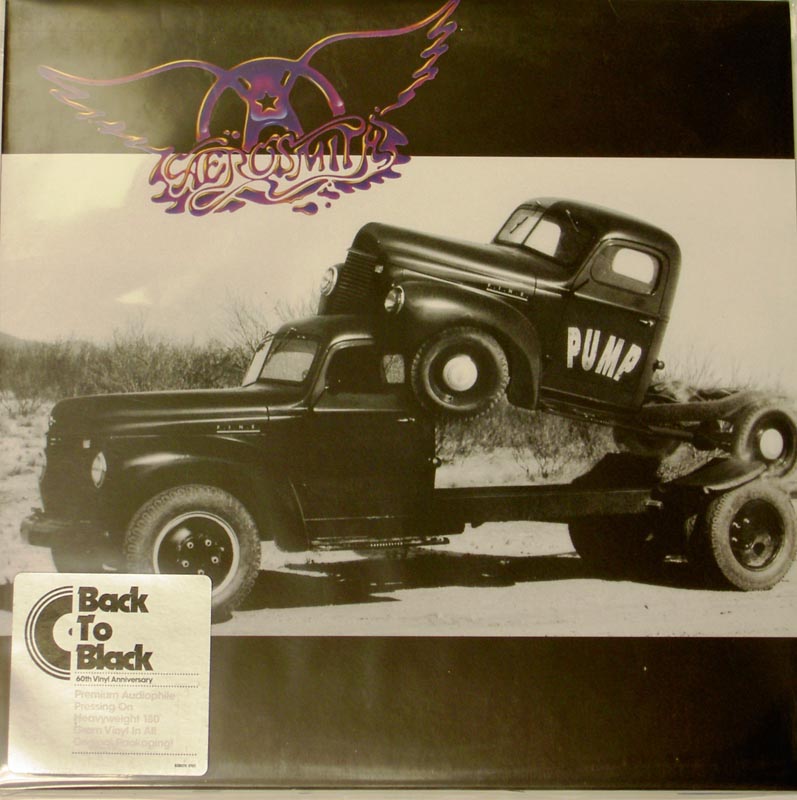 Pump is the tenth studio album by American rock band Aerosmith, released on September 12, 1989. The album was remastered and reissued in 2001.

Pump incorporates the use of keyboards and a horn section on many of the singles ("Love in an Elevator", "The Other Side"), and contains straightforward rockers ("F.I.N.E.", "Young Lust"), the ballad "What It Takes", songs about issues such as incest and murder ("Janie's Got a Gun") and drug and alcohol abuse ("Monkey on My Back"),[5] as well as a variety of instrumental interludes such as "Hoodoo" and "Dulcimer Stomp."

The album has certified sales of seven million copies in the U.S. to date, and is tied with its successor Get a Grip as Aerosmith's second best-selling studio album in the U.S. (Toys in the Attic leads with eight million).[7] It produced a variety of successes and "firsts" for the band including their first Grammy Award ("Janie's Got a Gun").[5] "Love in an Elevator" became the first Aerosmith song to hit #1 on the Mainstream Rock Tracks chart. Additionally, it is the only Aerosmith album to date to have three Top 10 singles on the Billboard Hot 100 and three #1 singles on the Mainstream Rock Tracks chart. The album was the fourth bestselling album of the year 1990.[8]

In the UK, it was the second Aerosmith album to be certified Silver (60,000 units sold) by the British Phonographic Industry, achieving this in September 1989.

A video documentary on the recording, The Making of Pump, was released in 1994.