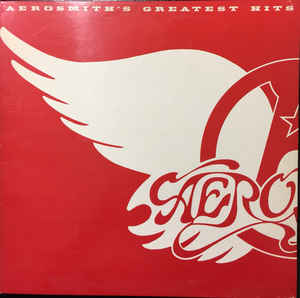 Although the official website for Aerosmith lists the release for Greatest Hits as October 1980,[1] and the album was originally scheduled for release on October 24, 1980,[5] it was delayed until November 11, 1980.[6]

Some of the tracks were significantly edited from their original versions. The single version of "Same Old Song and Dance" was used, and was edited down almost a full minute. It also contained an alternate lyric which was not heard on Get Your Wings. The original lyric was "Gotcha with the cocaine, found with your gun." The alternate lyric, included on the compilation, was "You shady lookin' loser, you played with my gun." "Sweet Emotion" also used the single version; it begins with the first chorus, cutting out the now famous talk box intro and the coda was replaced with a repeating chorus and fades out. "Kings and Queens" was also edited down, cutting the intro and certain other parts. "Walk This Way" was edited slightly, chanting the first chorus once instead of twice. The other remaining tracks were kept intact.

On April 21, 1997, a slightly revised version, Greatest Hits 1973–1988, was released outside the US, with the ten tracks in their edited versions retained, with five additional songs from the same era added, plus the 1991 version of "Sweet Emotion" and a live version of "One Way Street".[7]

Greatest Hits is the band's highest RIAA certified album in the United States, having been certified 11x Platinum in 2007.