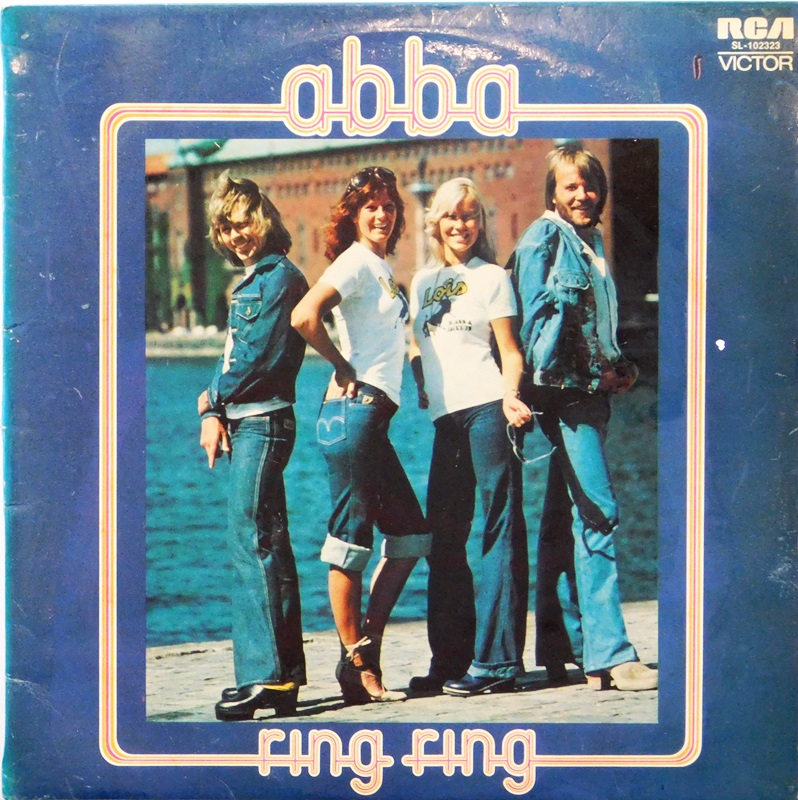 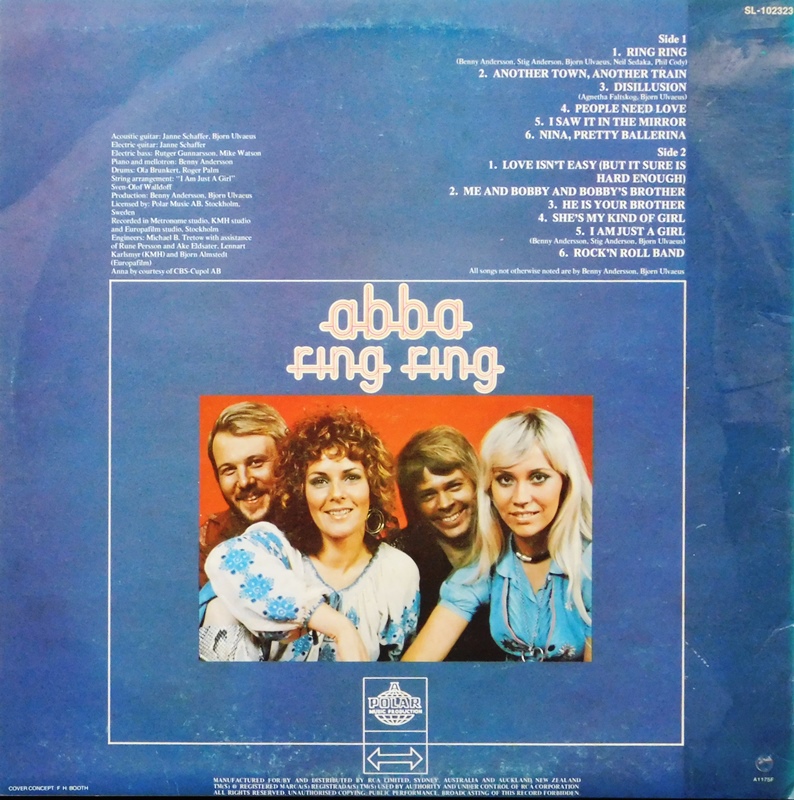 Ring Ring is the debut studio album by the Swedish group credited to Björn Benny & Agnetha Frida, who later became the pop group ABBA. It was released in Scandinavia and a limited number of other territories, including Germany, Australia, South Africa and Mexico, on 26 March 1973 through Polar Music.[5]  The album was a chart-topping album in Belgium, and a big success in the Netherlands, Norway and South Africa.[6]

When the first song "People Need Love" was recorded in the spring of 1972, the group was just one of many projects the four members were involved in. Only after the title track, "Ring Ring" became a hit, did the four decide to go on working together as a permanent group.[7] The original 1973 Polar version of the album opens with "Ring Ring (Bara du slog en signal)", the Swedish version of the track, and places the English-language version as track four on side two.

The track "She's My Kind of Girl", included on the international editions, is in fact a song by Björn & Benny which dates back to 1969, which was a hit in Japan, and had also been included on the b-side of the English version of the "Ring Ring" single in Scandinavia. Ring Ring also features a song co-written by Agnetha Fältskog. Although she had composed much of her Swedish solo output, the song "Disillusion", for which she wrote the music, is the only song released on an ABBA album to feature a songwriting contribution from her.