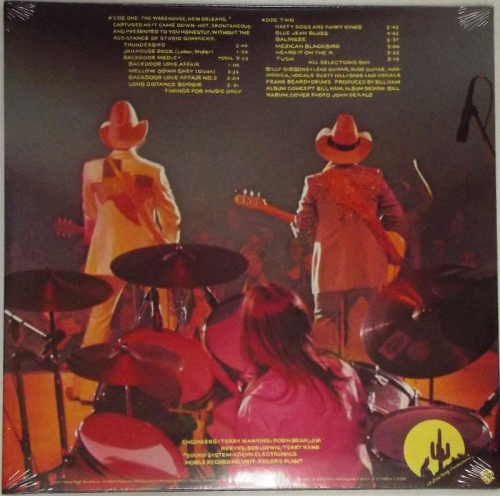 Fandango! is the fourth album by the American blues rock band ZZ Top, released in 1975. Half the tracks are selections from live shows, the rest are new songs from the studio. A remastered and expanded edition of this album was released on February 28, 2006.

Fandango, from which the album gets its name, is a type of dance similar to flamenco.

In the late 1980s a digitally remixed version of the recording was released on CD and the original 1975 mix version was discontinued. The remix version created controversy among fans because it significantly changed the sound of the instruments, especially drums. The remix version was used on all early CD copies and was the only version available for over 20 years. A remastered and expanded edition of the album was released on February 28, 2006, containing three bonus live tracks. The 2006 edition is the first CD version to use Terry Manning's original 1975 mix. The album was re-released in 2009 on 180 gram vinyl using the original master tapes. It appears exactly the same except that it had a 180 gram vinyl LP sticker, by Back to Vinyl records.