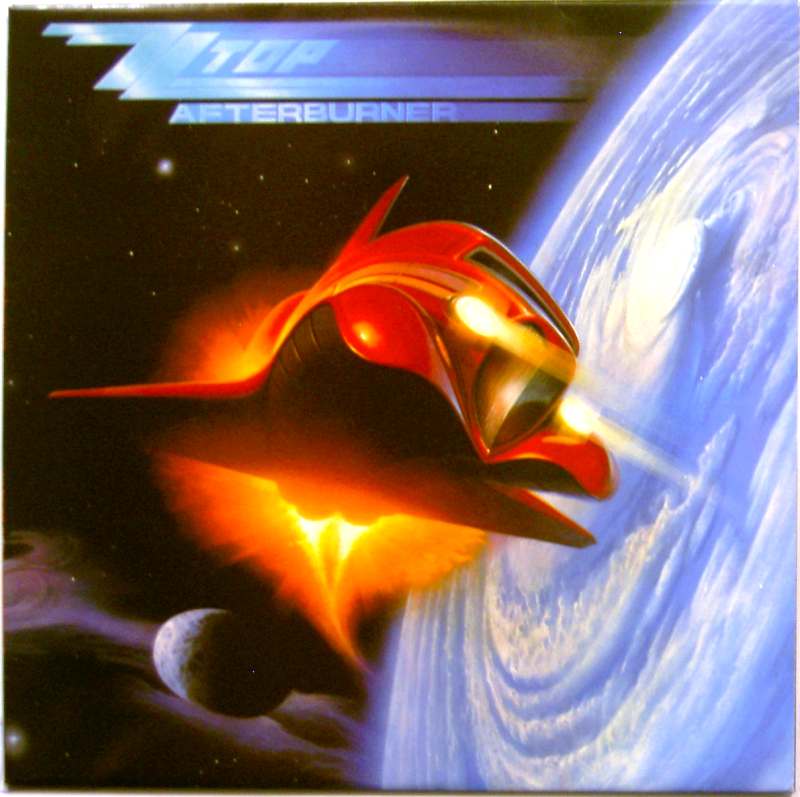 Afterburner is the ninth studio album by the American rock band ZZ Top, released in 1985 (see 1985 in music). Afterburner was a financial success, going several times platinum and launching several hit singles, the most successful of which was "Sleeping Bag" which peaked at No. 1 on the Mainstream Rock Tracks and at No. 8 on the Billboard Hot 100.

In the UK, it was the band's second album to be certified by the British Phonographic Industry, attaining Gold (100,000 units) in 1985. In 1990, it was certified Platinum (300,000 units), to date their final Platinum certification in the UK.

The song "Can't Stop Rockin'" was used in the 1993 film Teenage Mutant Ninja Turtles III. The song "Velcro Fly" was an element in Stephen King's The Dark Tower III: The Waste Lands; Eddie keeps hearing drums playing in the distance and thinks it sounds like, then later realizes it is, the drum track for "Velcro Fly".