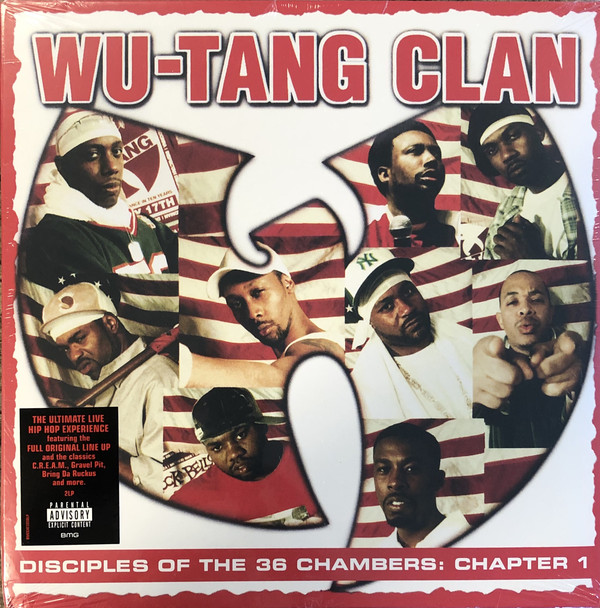 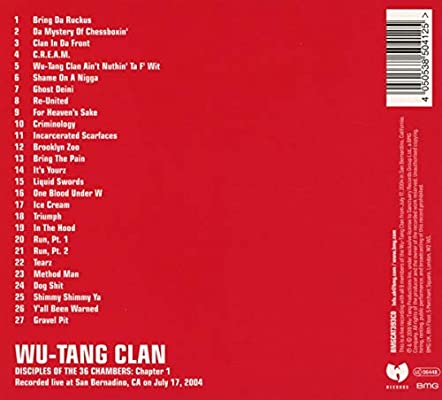 Disciples Of The 36 Chambers: Chapter 1

Disciples of the 36 Chambers is a live album and concert DVD released in 2004 by the Wu-Tang Clan. The album is styled Chapter 1 and the DVD Chapter 2. It is a slightly edited recording of their set at the 2004 Rock the Bells concert in San Bernardino, California. The live set contains many classic hits from the group's albums as well as the individual members' solo albums. All nine original members perform, which by the time of this show was an increasingly rare event. Even the elusive Ol' Dirty Bastard appears. He would die from a drug overdose by the end of the year. Including all of the solo albums by individual members, Disciples of the 36 Chambers: Chapter 1 is the 36th album released.