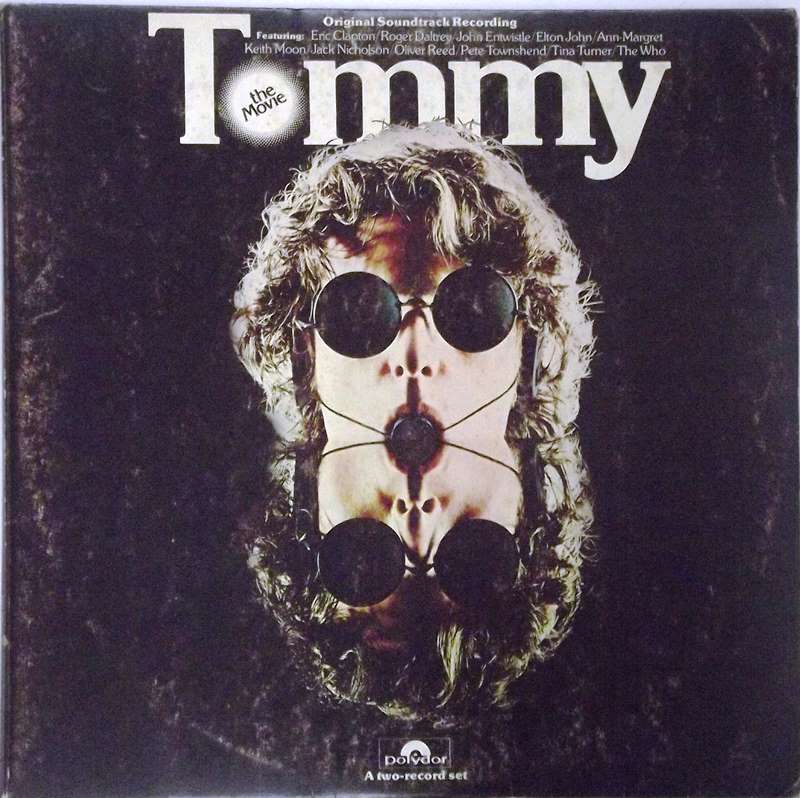 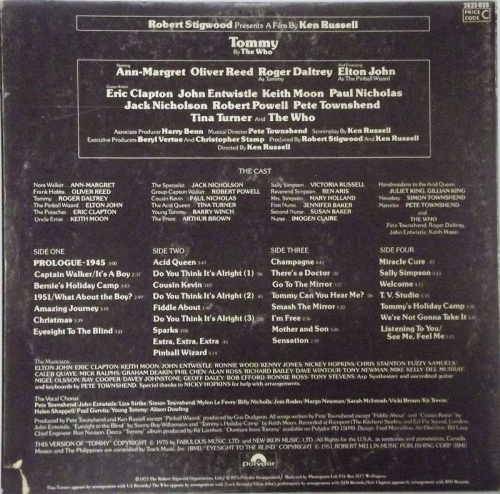 Tommy is a soundtrack album by The Who with contributions from numerous artists. The soundtrack was used in the 1975 Tommy film that was based on the original album that was released by The Who in 1969. Pete Townshend oversaw the production of this double-LP recording that returned the music to its rock roots, and on which the unrecorded orchestral arrangements he had envisaged for the original Tommy LP were realised by the extensive use of synthesiser.

The soundtrack LP also employed many leading sessions musicians including Caleb Quaye, Phil Chen and Nicky Hopkins (who also receives a "Special Thanks" in the album credits for help with the arrangements) as well as members of The Faces' Ronnie Wood and future Keith Moon replacement Kenney Jones. The song "Pinball Wizard", performed by Elton John, was a major hit when released as a single.[1] Although the music for this song is performed by "The Elton John Band", as he was calling his musical team, the film depicts John being backed by The Who (dressed in pound-note suits). Townshend performs additional synthesizer and/or guitar on all tracks. Credits to "The Who" indicate performances by Townshend, John Entwistle and Moon jointly, regardless of vocalist.