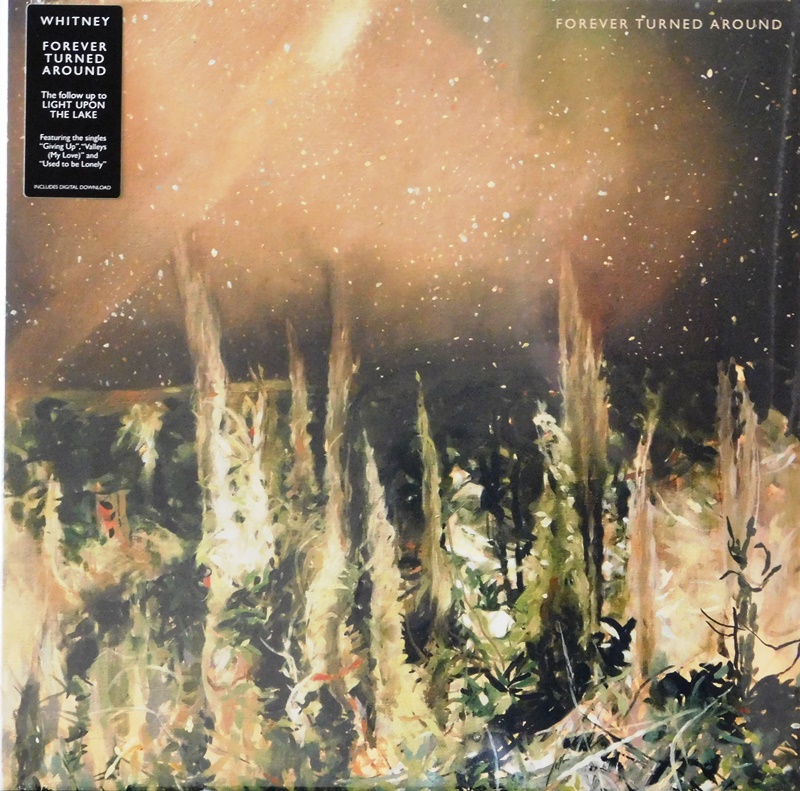 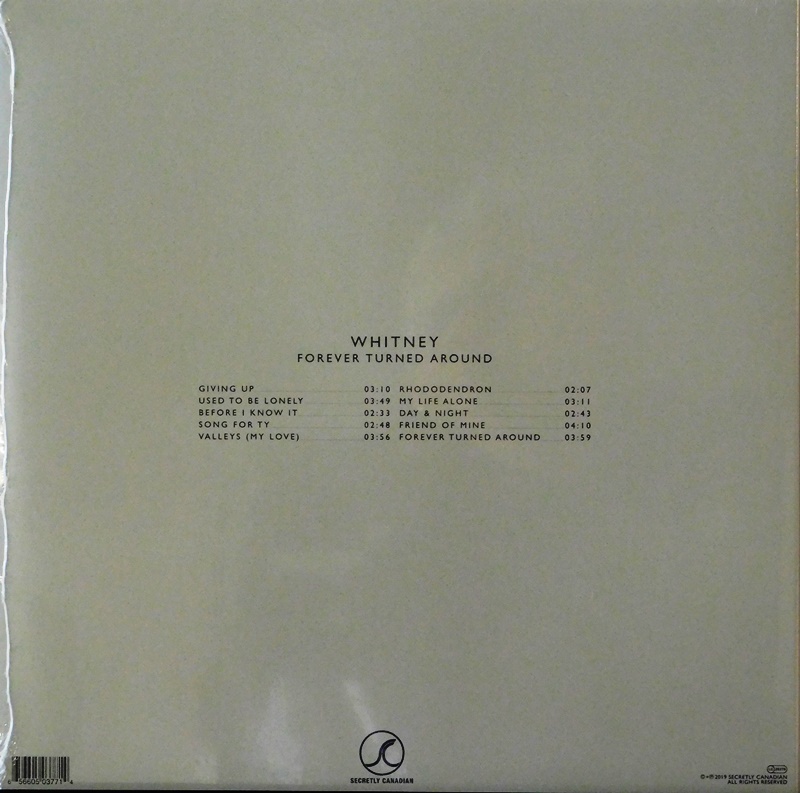 Whitney’s debut album, Light Upon the Lake, came out on June 3, 2016. It was a record perfectly suited to early June, its sunny guitar riffs personifying the promise of summer: the parties, the road trips, the romances. The now indie classic began with an ode to loneliness with “No Woman,” but it quickly transitioned into something more hopeful, the search for golden days on the open road in a “trash heap two-seat” with nowhere to go. The duo, made up of Max Kakaceck and Julien Ehrlich, reveled in the unknown, finding happiness in spontaneity.

In contrast, Forever Turned Around, the Chicago band’s follow-up embodies the very end of summer. That auspicious romance didn’t quite work out the way they had envisioned it when pulling out of the driveway—it’s now dissolving right in front of them. Lyrics like “You’re still a friend of mine while you’re drifting away” (“Friend of Mine”) or “Tears are falling one by one / I can feel you giving up” (“Giving Up”) have replaced the wide-eyed optimism of their debut. Forever Turned Around is the reality to Light Upon the Lake’s expectation—summer is over and with it, the season’s fling.

That’s not to say Forever Turned Around is a completely dour affair, but it’s surely more melancholic than its predecessor. It’s the sound of a band who have experienced all the highs and lows of personal and romantic relationships and emerged on the other side all the wiser, if a bit battered and weak. But there’s still beauty in the crumbling wreckage. Forever Turned Around is a more toned-down and still-gorgeous record that utilizes strings and acoustic guitars to get the point across. All the while, Elhrich’s falsetto is somehow more soothing than ever before. It’s even sometimes a nostalgic look back at the beginning of summer, knowing now what happened in the interim, and everything else that occurred as a result: “Well it made no sense at all until you came along / I’m afraid you’re letting go ‘cause the only life I’ve ever known,” Ehlrich sings on “Used To Be Lonely,” emphasizing every single word.

Because of its commitment to being more downtempo, Forever Turned Around lacks Light Upon the Lake’s biggest moments (“No Woman,” “No Matter Where We Go,” “Golden Days”), but its floor is considerably higher. It’s a comedown album, no doubt—something that was fairly obvious when the album’s vintage reel teaser video was unleashed in early June, exactly three years to-the-day after the band’s debut was released—so it’s understandable that this new collection of songs shouldn’t feel as anthemic as those from before.

Instead, the Chicago favorites (the Windy City even officially dubbed Aug. 30 Whitney Day) responded with a group of 10 tracks that work better than their debut as a complete album, each contributing to a larger story about a relationship’s slow and painful end. There’s a musical through-line that makes this record feel like different chapters of a singular book, each track flowing seamlessly into the next. It’s as easy of a listen you’ll hear this year.

The only issue, however, is the toned-down transitions and the collection’s overall vibe make it almost too easy to throw this record on and doze off. It’s a deceptively complex album that’s actually so chilled-out that it can act like background music. It’s an album too well-suited for daydreaming—close your eyes and half the record is already over.

But a deeper look at Forever Turned Around reveals a score of meticulously crafted songs that all work together to create a very specific mood, a near-flawless soundtrack for the changing of the seasons. The songs may not be as individually memorable this time around, but it’s perhaps the better full album. And boy, will it keep you warm throughout fall into winter.