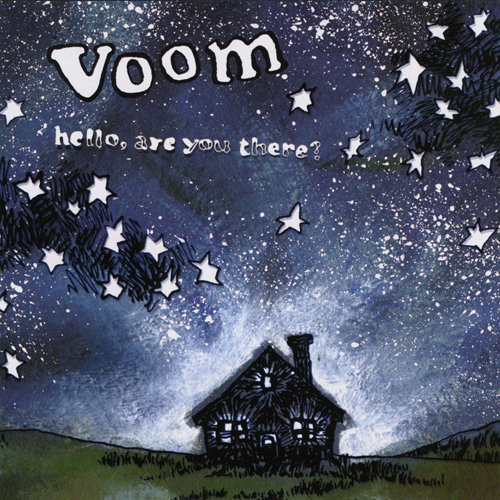 Hello, Are You There?

Flying Nun Records and New Zealand indie cult band Voom are extremely proud to announce the reissue of their 2006 album Hello, Are You There? — out March 26th, 2021 for the first time ever on vinyl.

This 15th anniversary reissue of Hello, Are You There? contains 17 short, sharp slices of life; the 16 remastered album tracks, plus bonus track ‘Jimmy’s Boner’, that fans of the band will recognise from live performances. The album swings from infectious fuzz-pop to janglers and even dips to teary-eyed ballads, but, whatever the mood, the songs celebrate the pure pleasure of a catchy chorus and honest emotion that is refreshingly irony-free. Hello, Are You There? is simply a lovely, unpretentious pop record. It’s not only cohesive; it's wholly compelling and should be staple in everyone’s record collection.

Voom’s inception began in the early 90s. Buzz Moller and the late Andrew “Mac” MacCaskill quietly worked away in their basement for many years before the public heard anything from Voom. Danny Manetto had joined the band on bass, and they played many shows around New Zealand before revealing the highly acclaimed debut album Now I Am Me in the year 1998.

The band’s 2006 sophomore album, Hello, Are You There? was critically received and landed a top spot in the hearts of many New Zealand music lovers and critics. In 2002, one of the songs that would later be included on this release, ‘King Kong’, had been nominated for an APRA Silver Scroll. Hello, Are You There? went on to be listed in good company, amongst the "100 Essential New Zealand Albums" in a book of the same name, written by prominent music critic, Nick Bollinger.

The band’s classic tunes from the last 27 years have been covered by the likes of contemporaries Princess Chelsea and Anna Coddington & Julia Deans.