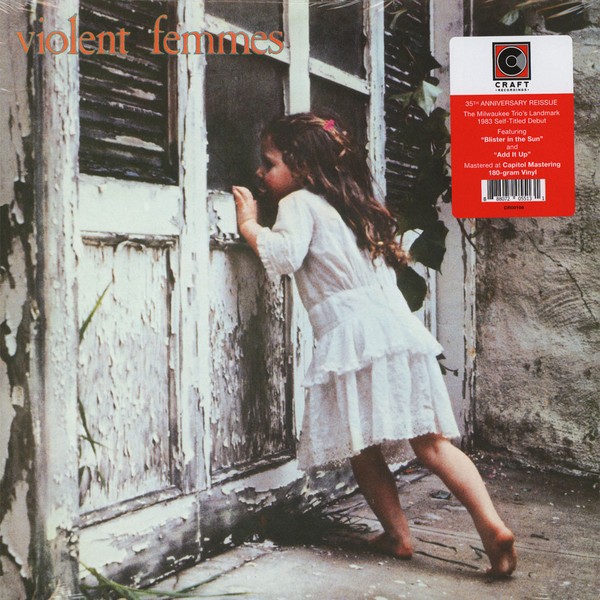 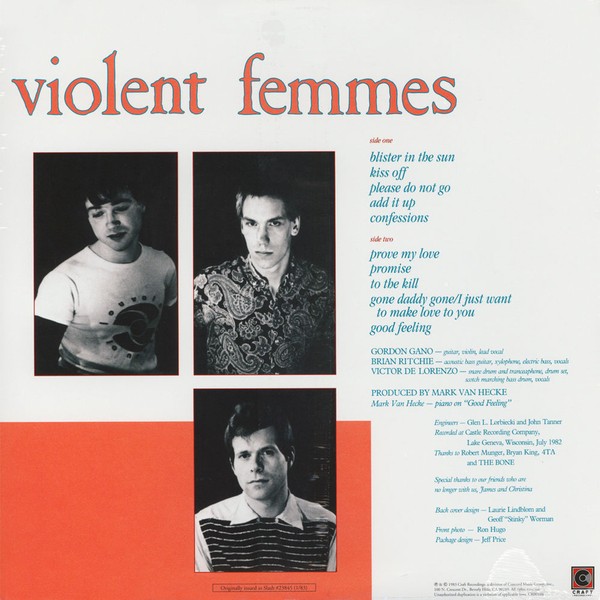 The Milwaukee trio's landmark 1983 self-titled debut. Includes 'Blister in the Sun' and 'Add It Up'

In 2002, Rhino Records remastered the album, filled out the disc's length with demos, and added another disc of live tracks and a radio interview for a 20th anniversary special edition, with liner notes by Michael Azerrad.

Violent Femmes is the band's most successful album to date and achieved a rare feat by going gold, four years after its release, and later platinum, four years after that, without having yet made an appearance on the Billboard 200 album chart. After achieving platinum certification on February 1, 1991, the album finally entered the Billboard album chart for the first time on August 3, 1991.[5]