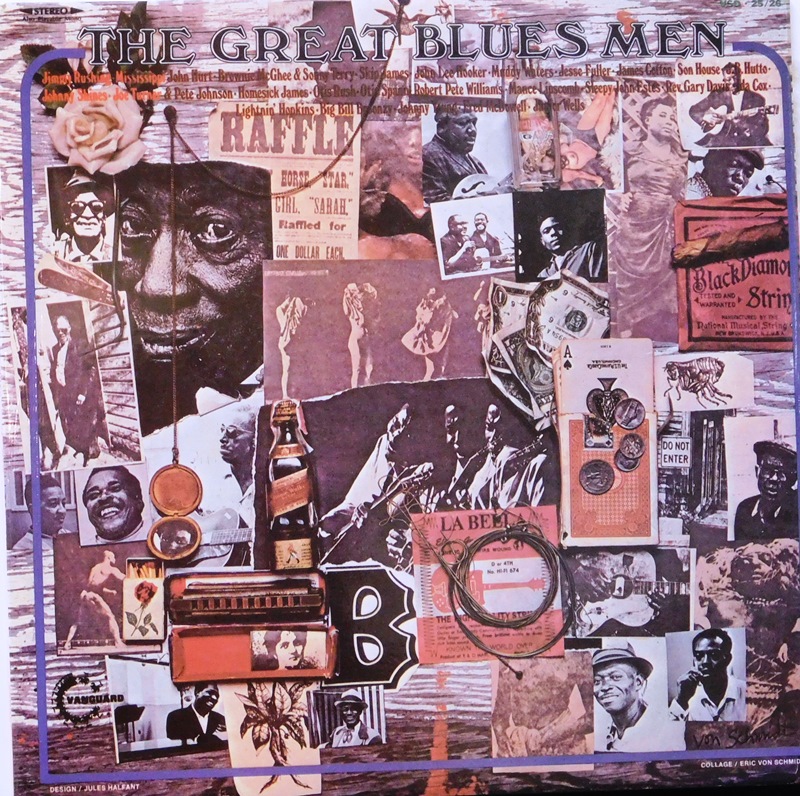 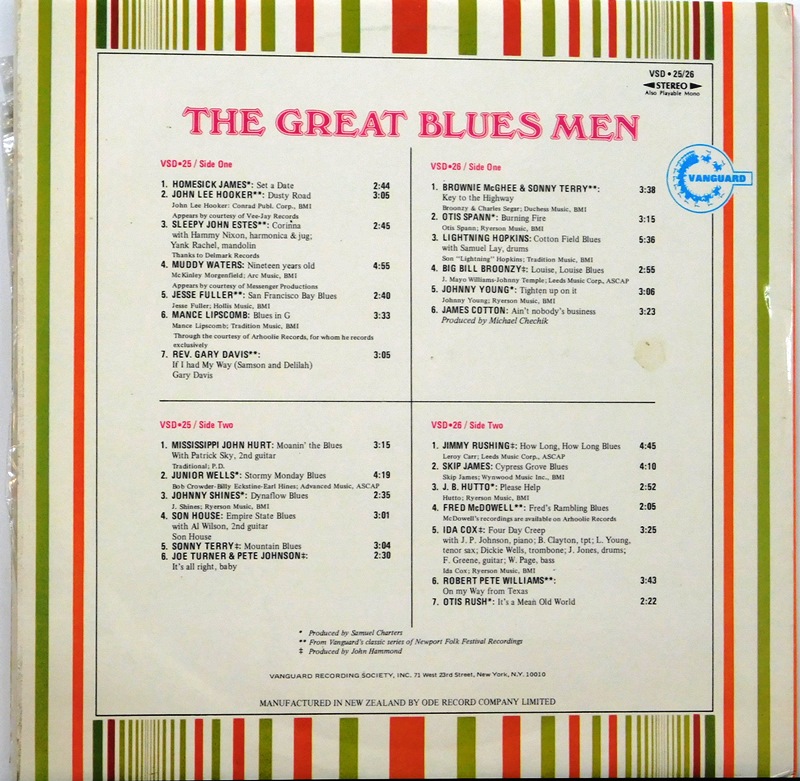 first got this compilation on LP around 1971. It's based on the Vanguard blues catalog. Vanguard was actually a folkie label and most of its blues records were either country/delta style or live festival recordings that included some urban bluesmen. What this means is that this LP features songs and artists missing from better known compilations and has a really good mix of styles. Most of the recordings were made in the 1960s on modern analog equipment, including those of Delta bluesmen such as Skip James, Mississippi John Hurt and Fred McDowell, and the sound quality on these is excellent. A very few older recordings (several from the 1938 Spirtuals to Swing concert) are also included; these have the usual sound limitations for that vintage but at least one of them ("It's All Right Baby" by Big Joe Turner) is among the best tunes on the album. The live recording of "Key to the Highway" by Sonny Terry and Brownie McGhee is also a standout. This album is 70+ minutes of great blues music that you have probably never heard.