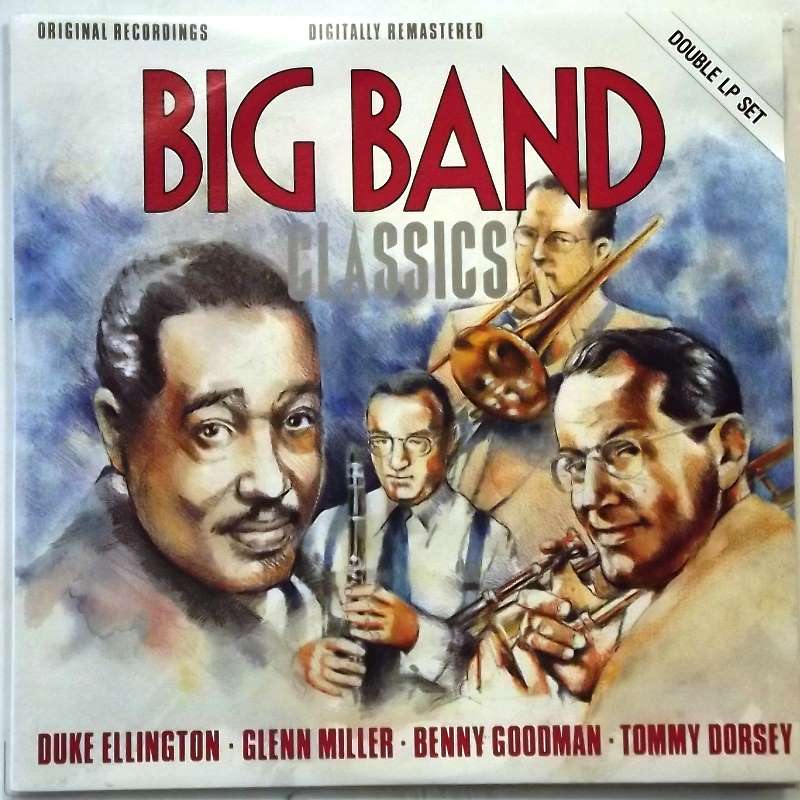 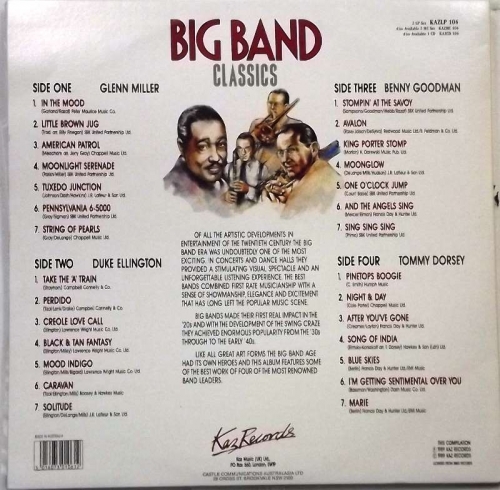 Rather smart rare double album with a nice gatefold cover.

A big band is a type of musical ensemble that originated in the United States and is associated with jazz and the Swing Era typically consisting of percussion, brass, and woodwind instruments totalling approximately 12 to 25 musicians. The terms jazz band, jazz ensemble, jazz orchestra, stage band, society band, and dance band may describe this type of ensemble in particular contexts.

A standard big band consists of saxophones, trumpets, trombones and a four-piece rhythm section (composed of drums, acoustic bass or electric bass, piano and guitar). Some big bands use additional instruments. Beginning in the mid-1920s, big bands were the main popular music. These bands did little improvisation. By the end of the 1920s, big bands added more improvised soloing. Radio was a major factor in helping bandleaders like Benny Goodman to achieve fame. Big bands appeared in movies in the 1930s through to the 1960s.

Swing music began in the 1920s and flourished through the early 1930s. After 1935, big bands rose to prominence playing swing music. There was a considerable range of styles among the hundreds of popular bands. After WWII, bandleaders pioneered the performance of various Brazilian and Afro-Cuban styles with the traditional big band instrumentation. In the late 1990s, swing made a comeback in the US. While jazz "combo" performances are largely improvised, big band music is primarily crafted in advance by an arranger.