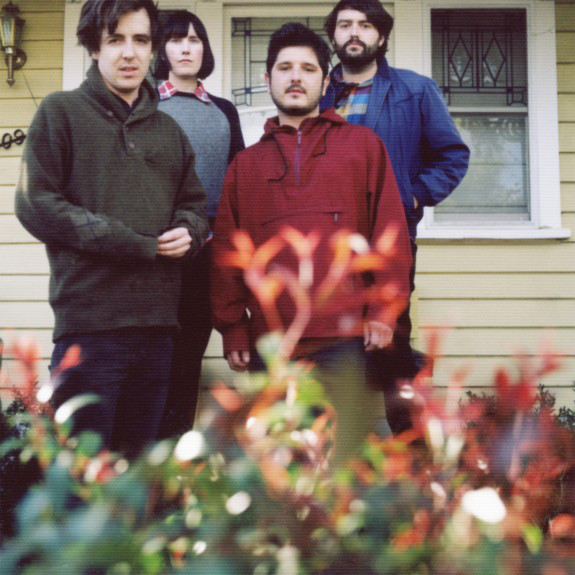 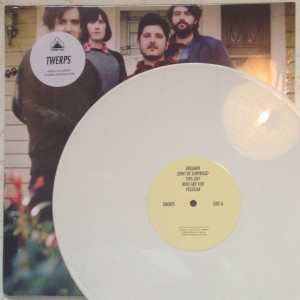 After a mixed-bag EP, Twerps' self-titled debut finds the breezy Melbourne pop quartet ramping up the jangle of its Flying Nun-influenced sound and finding its voice in a series of songs about young, conflicted love.

When Twerps got together in 2008, they've said they wanted to write a song like the Clean's "Anything Could Happen". The Melbourne band did just that, and on their 2009 self-titled EP, the influence of the Clean and other Flying Nun artists could be heard in the paced-but-driving riffs of songs like "Little Guys". Unfortunately, the EP wasn't very cohesive-- it sounded like a group of people tinkering with different ideas and sounds without fully settling on an aesthetic. There were ballads, but also a lo-fi tune where the vocal sounded like a Dead Milkmen-style monologue. On their self-titled full-length debut, they keep the Flying Nun influence, ramp up the jangle in their guitar sound, and find their voice.

"Voice" can be a nebulous term for four people, but the the band definitely has a unified point of view here. Musically, Twerps features several breezy, reverb-laced riffs, most of which could earn them an easy comparison to Real Estate-- although the influence, again, likely comes from their Australia- and New Zealand-based forebears. There are also some assertive riffs, like the driving surf rock solo of "Dreamin'" or the urgent, distortion-heavy refrain of "Don't Be Surprised".  And, on "Who Are You", a paced, inebriated sing-along, the band's joined by members of their Australian rock community, folks from Eddy Current Suppression Ring, Beaches, and Panel of Judges all slurring a looped "We'll get drunk/ we'll get stoned/ We'll get high/ We'll get..."

They're tightest thematically: Every song follows a related narrative of young, conflicted love. Several times they present a melodramatic statement-- for instance, "This Guy"'s "If you want me to/ I'll die for you"-- but sing the line with a straight-faced, unswerving delivery. Toward the end of the album, guitarist/vocalist Marty Frawley's voice becomes quiet and fragile. On "Bring Me Down", it's weary and deep as he quietly delivers a few vignettes of heartbreak behind an acoustic strum. He doesn't get into specifics or talk much about his feelings-- he just walks around the block to clear his head, and, after some thought, hastily decides to skip town. In the middle of the album, there's the five-minute "Jam Song". For the most part, it's exactly that-- a song where they jam for a while with some loose vocals attached. But in fact, Frawley's slurring is another illustration of overbearing desperation: "I wanna live inside your soul," he shouts.